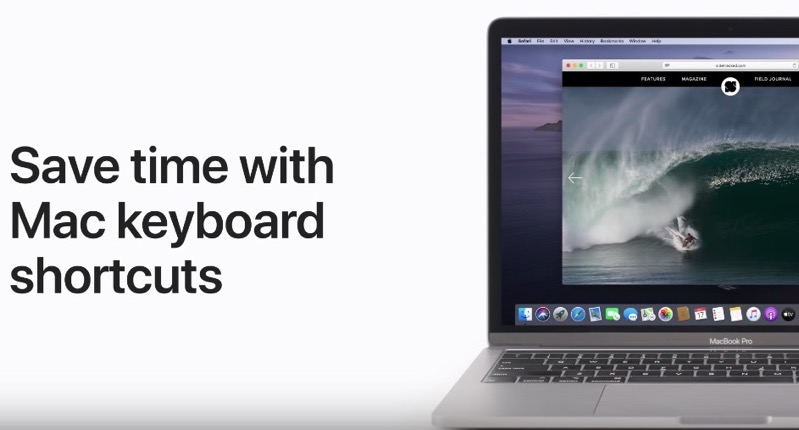 Apple has shared a new video tutorial detailing how you can “save time with Mac keyboard shortcuts.”

According to the company, “With keyboard shortcuts like Command-Tab to switch between apps or Option-Shift-Command-V to paste and match style, you can save time while working on your Mac.”

The video spans two minutes and 45 seconds and illustrates key Mac keyboard shortcuts, which are very helpful for even novice and advanced Mac users.

If you want a full list of Mac keyboard shortcuts, this Apple Support document has more than enough to turn you into a full Mac keyboard warrior.