A Mac mini upgrade is way overdue, as the last model was released nearly two years ago. Since then, Apple has refreshed other products in the Mac lineup, but refrained from upgrading the mini desktop computer. This is about to change, according to sources speaking with MacRumors. 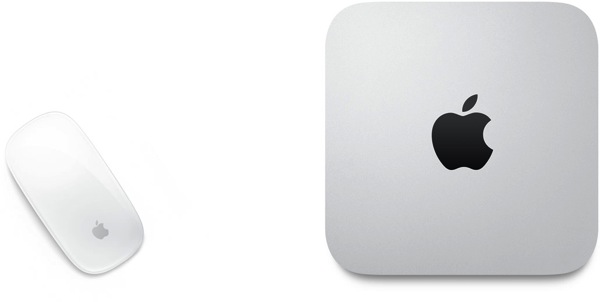 The first major rumour of a Mac mini refresh appeared months ago, when an Apple support page accidentally revealed a “Mid-2014 Mac mini” model. While it was apparently an error, it didn’t pass unnoticed, so the blogosphere started talking about a possible Mac mini refresh.

On top of the Mid-2014 Mac mini error, MacRumors was informed that Apple is working on an update, so the next-generation mini desktop computers will possibly launch next month, with the next generation-iPad models and Mac OS Y Yosemite.

MacRumors has now received word that Apple is planning a Mac mini update possibly launching next month alongside new iPad models and presumably OS X Yosemite. While we have been unable to obtain corroborating information of an imminent update, the mere possibility of an update as soon as next month is likely to be welcome news to Mac mini fans. The single source has provided no additional details on what to expect in terms of a next-generation Mac mini, but has provided accurate information in the past.

The only doubt is what kind of processors Apple will use with the new models: Intel’s next-gen Broadwell chips won’t arrive until next year, and the currently available models are no longer “cutting edge”.

MacRumors says Apple may opt for the Haswell processors we saw earlier this year incorporated into the updated MacBook Pros. Also, it is worth mentioning that Apple is working on ARM-based Mac computers, and that one of them is the Mac mini.