Do you need a Mac Pro? Of course you do, especially if you have 36 peripherals to hook up, kind of like what Macworld just did in their Mac Pro ‘Daisy Chain’ challenge:

We connected 36 drives (19 Thunderbolt, 15 USB, 2 FireWire 800) with a combined capacity of 100.63TB. In addition to the drives, we also connected two Thunderbolt docks (the Belkin Thunderbolt Express Dock and the CalDigit Thunderbolt Station), an Apple Thunderbolt Display, two Apple Cinema Displays, and one HP Z Display Z27i. All this to a single Mac Pro.

What does all that look like? Check it out below: 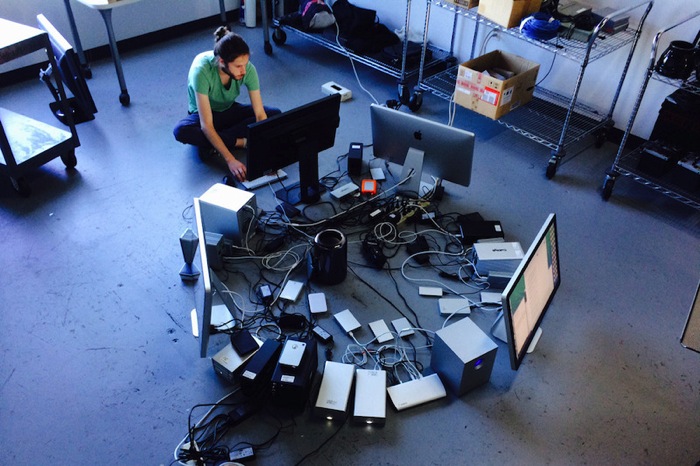 The Mac Pro debuted last December, starting at $3,099 Canadian for the quad-core setup.

Any guesses on how much all that equipment is worth sitting there on the floor?