Apple’s stunning new U.S. assembled cylindrical Mac Pro desktop, which is due for release later this year, was tested by a team of third-party developers in a room at Apple HQ known as the “Evil Lab”, ahead of its first unveiling at the WWDC keynote event, according to an AppleInsider report. In an interview with the source, Jack Greasley of The Foundry, the company behind industry-standard 3D digital painting tool MARI which is used in films like “Avatar” and “The Avengers, revealed that the new Mac Pro was put through its paces in Apple’s top-secret lab. 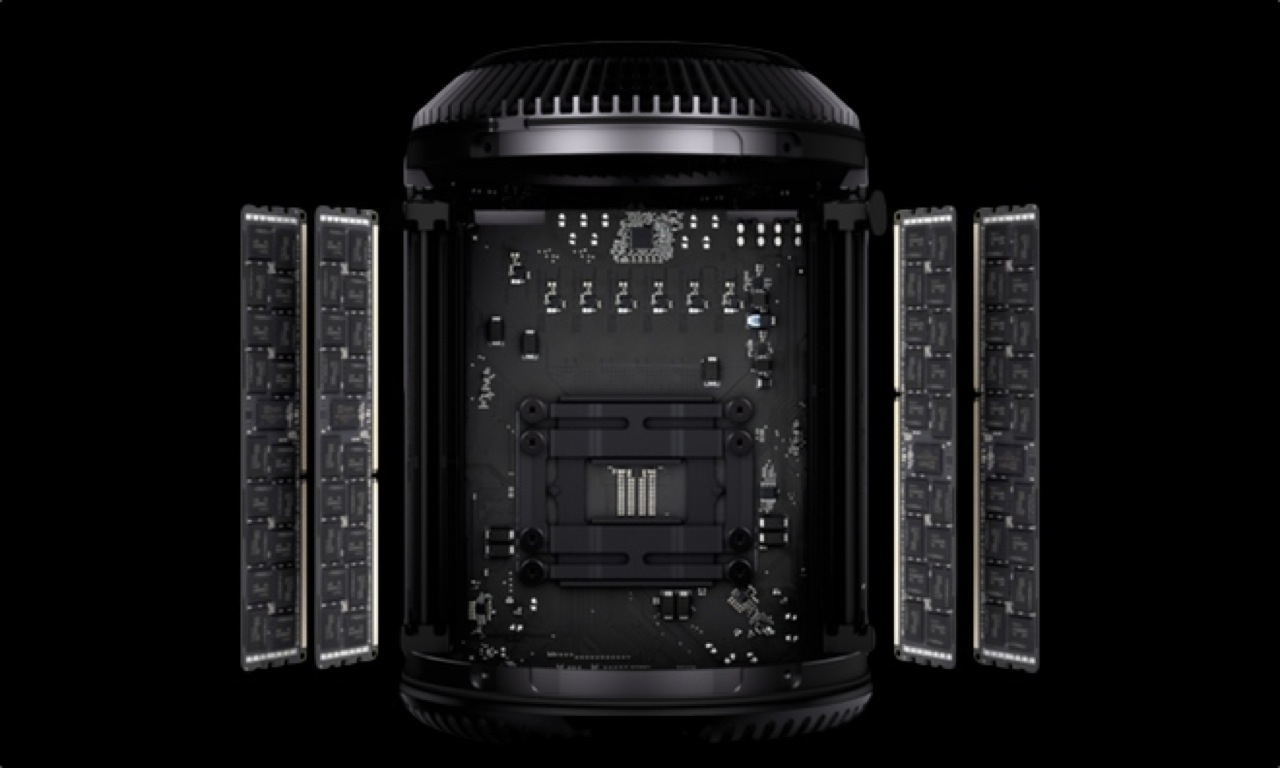 Greasley says that during the tests, the Mac Pro was entirely concealed in a giant steel cabinet, keeping its new design a mystery to The Foundry and Pixar, who together demoed MARI for OS X at WWDC earlier this week. He spent a few weeks with the Mac Pro inside Apple’s “Evil Lab” joined by Jonathan Hoffman, a texturing and shading artist from Pixar.

“We were essentially doing a blind tasting of the machine,” said Jack Greasley, MARI product manager at The Foundry. “All we could see was the monitor, and the Mac Pro was encased in a giant metal filing cabinet on wheels. Experiencing the machine in this way was actually really cool, because I can tell you that the speed and power of this machine really stands up. Mari running on this machine out of the box is the fastest I have ever seen it run.”