Ahead of Apple’s eagerly awaited quarterly sales report scheduled for January 27, the IDC has published its desktop sales estimate for the holiday quarter, and Mac sales are looking very good. Worldwide PC shipments reached 80.8 million units, a 2.4% drop compared to the same period in 2013, marking the end of a difficult year, says the market research company. 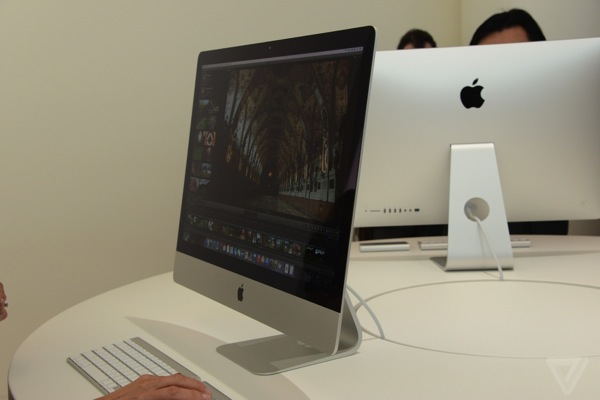 Looking back to the past quarter, the IDC projects the sale of 5.7 million Mac units worldwide, up from 4.8 million units reported a year ago. That’s nearly a 19% increase in sales, pushing Apple’s worldwide market share to 7.1%, ranking fifth globally, just behind Acer. 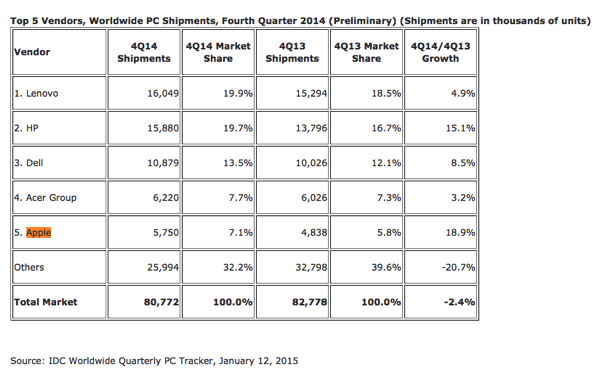 In the US, Apple has sold 2.2 million Macs, according to the IDC’s forecast, grabbing 12.7% of the local market. The company is the third most popular computer manufacturer in the US, right after HP and Dell.

“The U.S. PC market continued to grow in the fourth quarter, outperforming the global market for the tenth consecutive quarter. The past year was supported by Windows XP to 7 migrations in the commercial segment while consumer volume continued to decline,” said Rajani Singh, Senior Research Analyst, Personal Computing. “Moving forward, the U.S. PC market should see flat to slightly positive growth. The U.S. consumer PC market will finally move to positive growth in 2015, strengthened by the slowdown in the tablet market, vendor and OEM efforts to rejuvenate the PC market, the launch of Window 10, and replacement of older PCs.”

The IDC report also provides a look back to the past year: Apple maintained its fifth place in the ranking, with 19.8 million Macs sold during the past 12 months, grabbing 6.4% of the global PC market. Of those, 8.08 million were sold in the US, says the IDC.