Mac Sales on the Rise as while Worldwide PC Shipments Decline: Gartner

Apple is the only PC manufacturer that saw sales rise in the holiday quarter, according to Gartner’s worldwide PC shipment forecast. The market research firm predicts PC shipments to drop 8.3% compared to the same period a year ago. 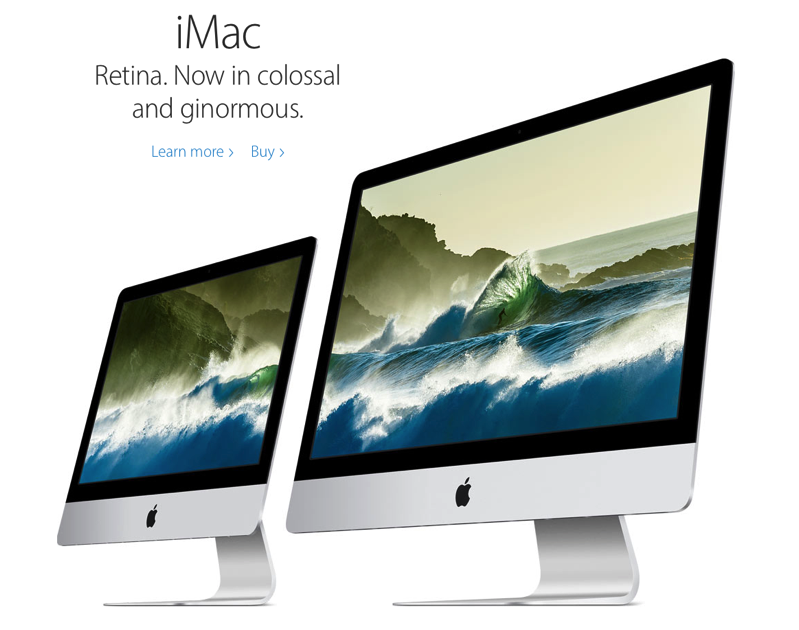 According to Gartner, Apple will likely ship 5.67 million units in the fourth quarter of 2015, up 2.8% compared to Q4 2014. As such, the Mac manufacturer will have grabbed a 7.5% share of the market in that quarter, ranking as the fifth-biggest vendor right after Asus, which grabbed fourth spot in the top five list with a 7.9% share of the market.

Lenovo remained the top manufacturer, with a 20.3% share of the global PC market, according to Gartner’s data.

As for the US, the top spot goes to HP with 27.1%, followed by Dell with 24.5%. Apple ranks third with 12.8%, which means an estimated 2.16 million Mac units shipped in the US during the holiday quarter, Gartner’s analysis predicts. 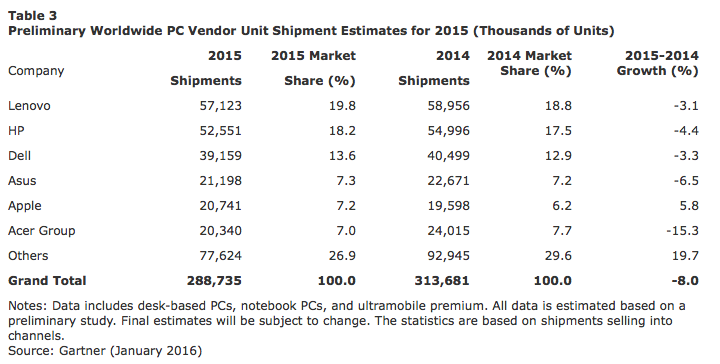 Looking back to 2015, Gartner’s preliminary worldwide PC Vendor unit shipment estimate chart highlights Apple’s achievement: It was the only company in the top six PC manufacturers with positive growth. The firm estimates Apple has shipped 20.74 million Mac computers in 2015, up 5.8% from 19.59 million units sold in 2014.