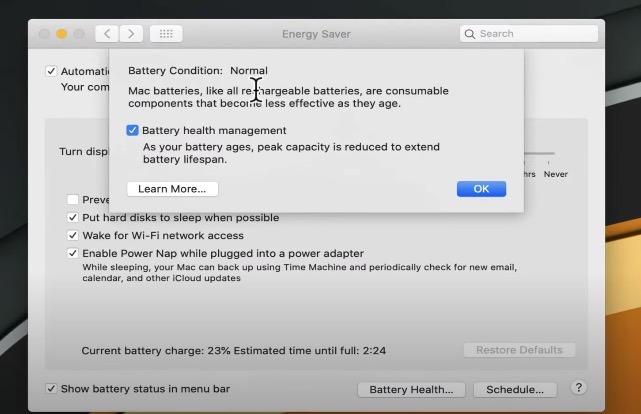 YouTube channel Zollotech does a great job detailing the feature and explaining what it does, besides the obvious point of helping preserve your MacBook’s battery over time.

In a nutshell, the feature will take over and charge your MacBook’s battery to what it should be at to maximize its lifespan, which means not charging fully to 100%.

With batteries having a finite lifespan, lengthening a lifecycle means you won’t need to replace your battery as fast, thanks to the new battery health management feature.