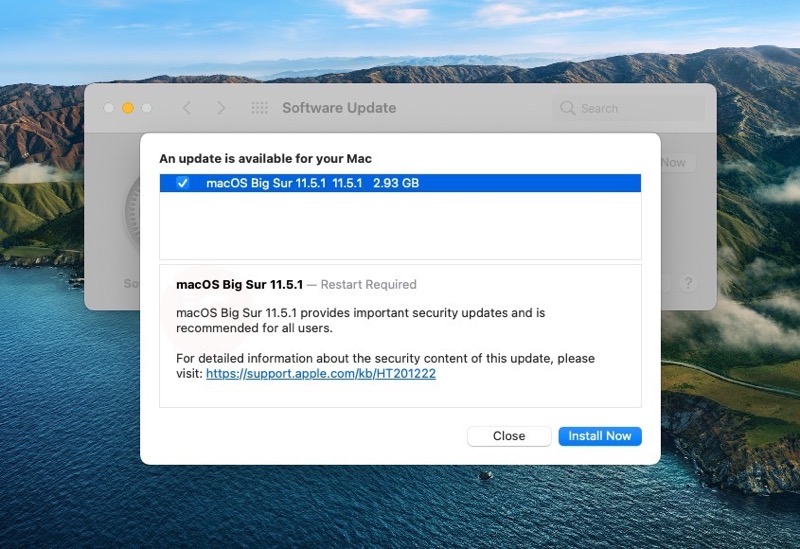 According to the release notes, Apple says the update “provides important security updates and is recommended for all users.”

You can update your Mac by clicking the Apple logo in the top left menu, then going to ‘About this Mac’ and click ‘Software Update’. A restart is required after installing macOS 11.5.1.