You can check out the list of what’s new below: 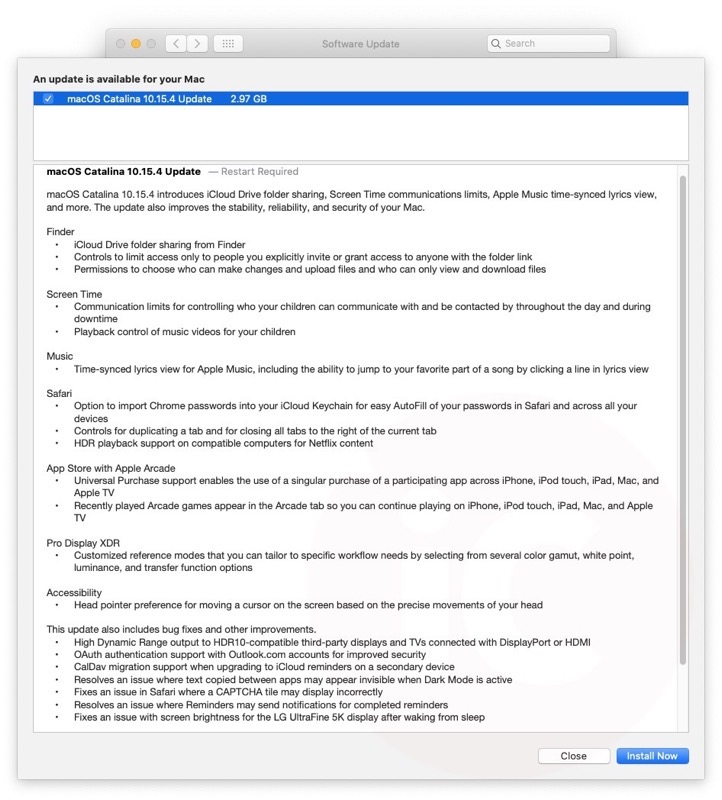 To update your Mac, go to the Apple menu > System Preferences > Software Update. The update comes in at 2.97 GB according to Apple.

There are also some security updates for those running High Sierra and Mojave, which you can download below: