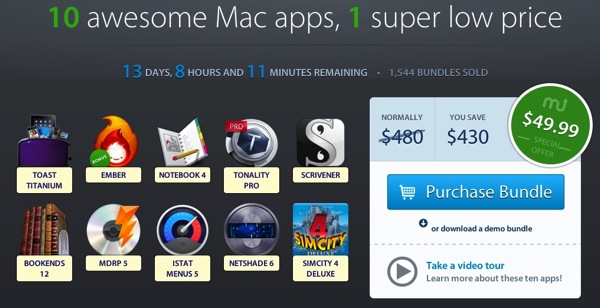 Here are the apps included in this bundle:

Even if you just needed Toast 12 Titanium or Ember, this bundle is worth it alone as the others are just bonus extras.

Click here to jump on the MacUpdate Bundle while it’s still available. Remember, only the first 8000 buyers get Ember!

iPhoneinCanada.ca is an affiliate partner with MacUpdate and sales allow readers to help support our site, so we can continue to work hard for you.