Microsoft has released yet another ad poking fun at Apple’s MacBook Air, declaring the latter inferior to their Surface Pro 4 tablet.

The 30-second Surface Pro 4 ad spot says the MacBook is “less useful like a hat for your cat” and it “doesn’t quite compare,” since it’s “slower, heavier and a bit square.” 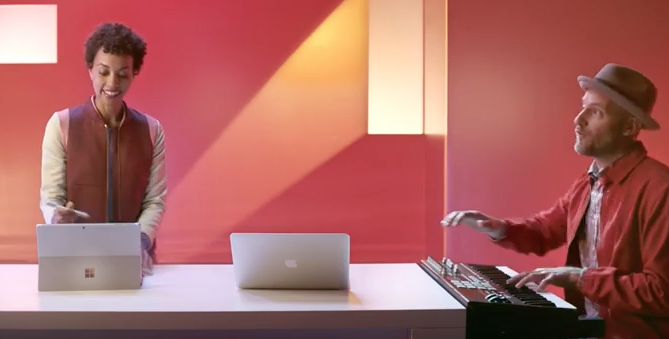 The Surface Pro 4, with its touchscreen and removable keyboard are the key advantages over the MacBook Air, explains Microsoft. Check out the ad below:

These ads aren’t new, as they just add to the previous Microsoft attack ads on the aging MacBook Air, such as these ones dating back to 2014.

Earlier this month, Microsoft used its virtual assistant Cortana to take shots at the iPad Pro, challenging the latter in its claim to be a computer.