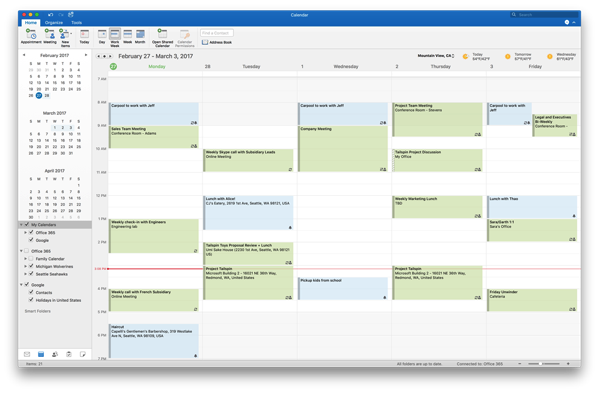 Microsoft already hinted that major updates are coming for Outlook 2016 for Mac: It is adding support for Google Calendar and Contacts. That update was first available to the Office Insider Fast community, and according to the software maker, “We’ve been excited by the response we’ve seen.”

Now, the feature has stepped into another stage: the public beta. Microsoft announced today that it is launching a worldwide preview of the Google Account integration with Outlook 2016.

That feature is specially designed for those who don’t use Outlook for Mac. To start testing the service and also help Microsoft improve it by collecting feedback from users worldwide, you need to visit the Microsoft preview website and click the download button. This will download the latest version of Outlook 2016 for Mac, and you can use it until June 30, 2017.

Along with the desktop app, you can also download Outlook for iOS and connect your Google Account. You’ll gain access to advanced features like Focused Inbox and richer experiences for travel reservations and package deliveries, Microsoft promises.

Those who are already using Outlook for Mac as part of Office 365 can join the Insider Fast community to get access to the new Google Account features and the latest Outlook developments.