Based on the processor upgrades on the 15-inch model, benchmarks showed gains of 6-9%, while the 13-inch model saw 7-8% increases with its 200 MHz bump. The differences are described as “modest and unsurprising”, which is expected since 2013 and 2014 Retina MacBook Pros are using Haswell processors still, aside from the different clock speeds.

Below are images of the multi-core benchmarks for the 15-inch and 13-inch models: 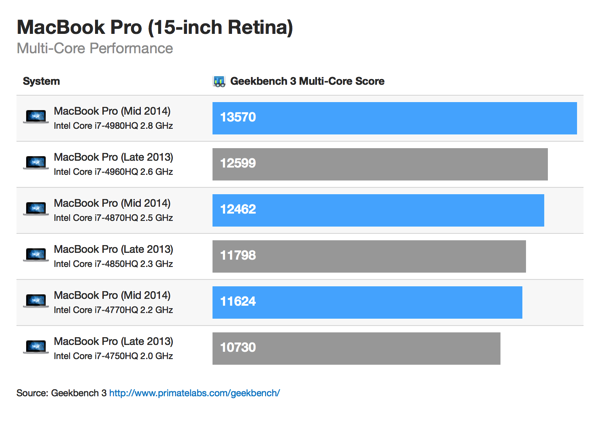 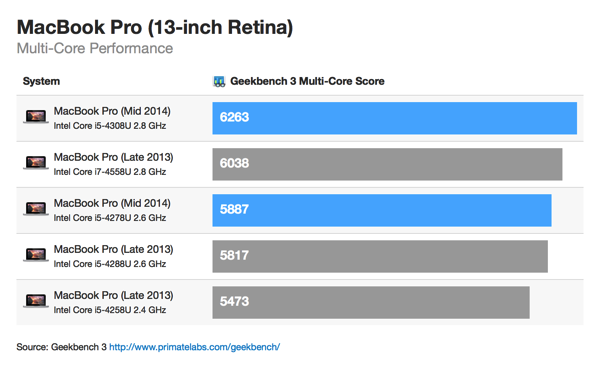 Jack Poole, founder of Primate Labs in Toronto, says major performance bumps for the MacBook Pro lineup should be more noticeable once Intel’s next generation Broadwell processors are unveiled in mid-2015.

OWC got their hands on these new models and did some SSD performance benchmarks and also did a teardown of each model. Below is the 15-inch model SSD benchmark:

The teardown of both models doesn’t really share anything new compared to before, but if you want to check out a couple images, here is the 13-inch MacBook Pro below: 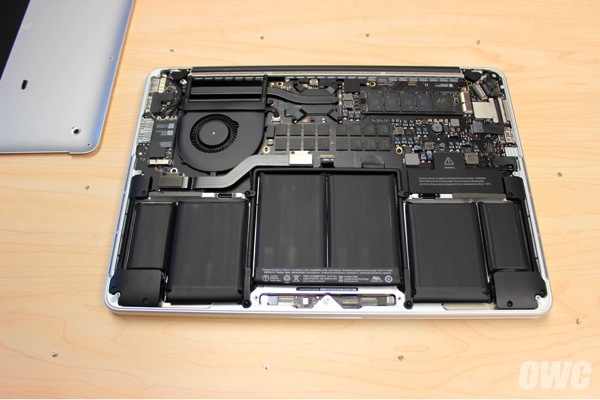 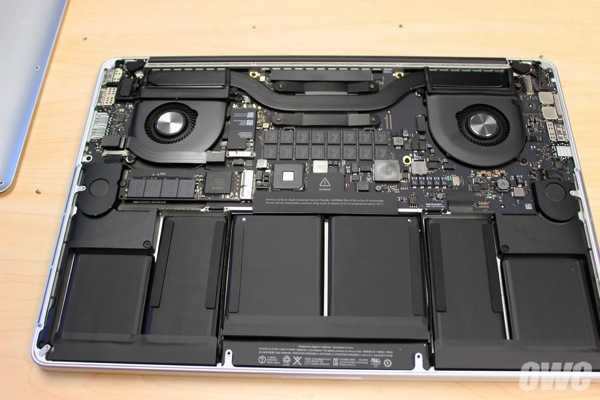 It’s nice Apple has refreshed the lineup with faster processors and 16GB standard RAM on the 15-inch model, however after the exchange rate, Canadians are paying a $50 increase for the upgrades, which does look like a big deal to some users, while others think it’s worth it.