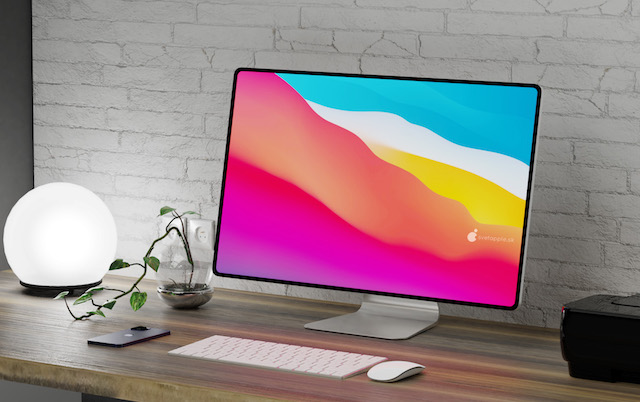 According to Esposito, new iMac references within Big Sur indicate “iMac21,1” and “iMac21,2”; these numbers do not represent display size.

The discovering corroborates a previous Bloomberg report that mentioned codenames for new 21.5 and 27-inch iMacs with Apple Silicon processors are J456 and J457–9to5Mac says it “was able to confirm that the new models listed in the latest macOS Big Sur beta have the same codename.”

The 9to5Mac report was shared by Bloomberg’s Mark Gurman on Twitter, blessing the story by his former employer.

Back in January, Gurman reported, “Apple is planning to launch two versions — codenamed J456 and J457 — to replace the existing 21.5-inch and 27-inch models later this year, the people said, asking not to be identified because the products are not yet announced.”

“Earlier this year, Bloomberg reported that the codenames of the new iMacs with Apple Silicon chips are J456 and J457, and 9to5Mac was able to confirm that the new models listed in the latest macOS Big Sur beta have the same codename.” https://t.co/6hgkZRB3iP

Apple recently discontinued its iMac Pro and also some storage configurations for its 21.5-inch iMac, hinting at a possible refresh soon. It’s inevitable that Apple’s M1 processor or a variant will make its way into the entire Mac lineup, beyond the current 13-inch MacBook Air/Pro and Mac mini.