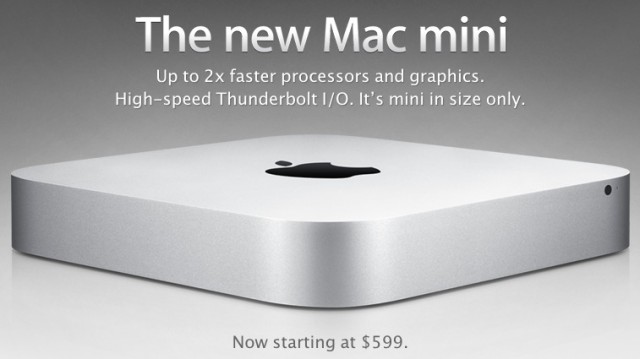 According to 9to5Mac, a new version of the Mac Mini will launch alongside the iPad Mini, at Apple’s all but confirmed event coming on October 23rd:

Alongside the smaller iPad, Apple plans to announce a new version of its Mac mini. Sources say that these Mac minis will come in two standard configurations, with different storage and processor options, and a third model that runs OS X Server.

The new refreshed line up could start shipping immediately after the announcement. 9to5Mac also reported yesterday a new 13″ MacBook Pro with Retina Display was set to be announced, which was further ‘confirmed’ by AllThingsD.

The Mac mini was updated last July by Apple, via press release. Who’s excited for a new Mac mini?