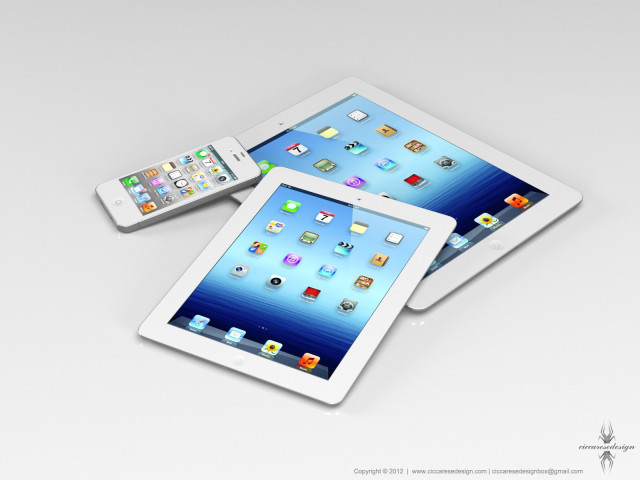 The folks that brought us the mock of the teardrop iPhone 5 are back, with a mock of the supposed iPad Mini that has been rumoured of late. CiccaraseDesign.com have posted some pics of what they think the iPad Mini could look like. Using the rumoured screen specs, they were able to mock up the approximate size of the supposed iPad Mini, and displayed it in relation the New iPad and the iPhone 4S. No big surprises here. It just looks like a small iPad.

There have been rumours that this device already exists, inside the Apple testing labs, but there hasn’t been any concrete evidence that it will make it to market. I’m not sure who the target audience would be for this size screen. Perhaps they are trying to sway the Kindle owners out there. Personally, I have never looked at my iPad and wished the screen was smaller. 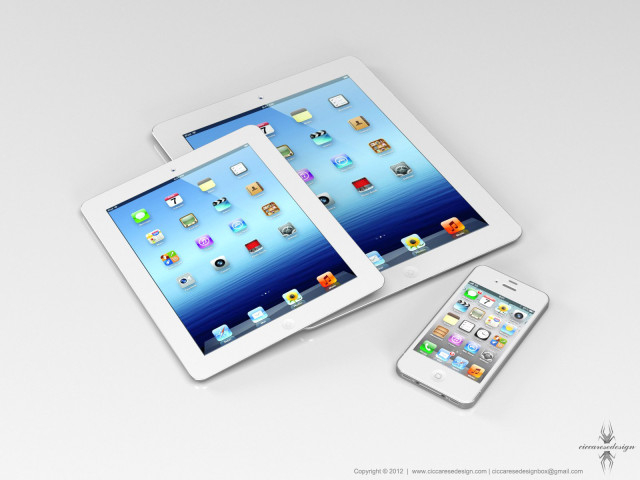 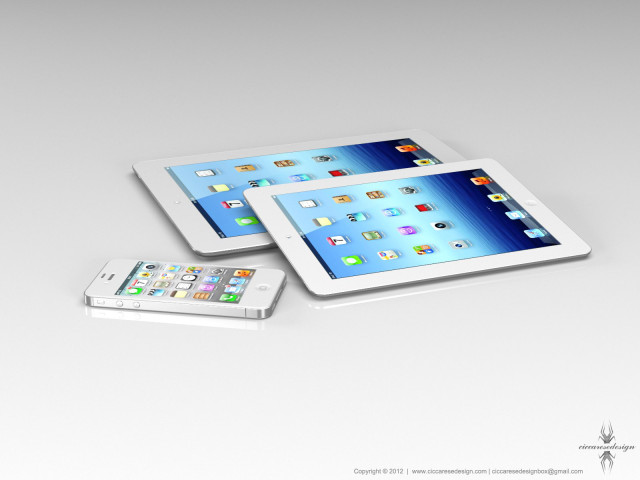