Patently Apple reported yesterday that The US Patent office has granted Apple twenty-two patents and one of them is of particular interest. 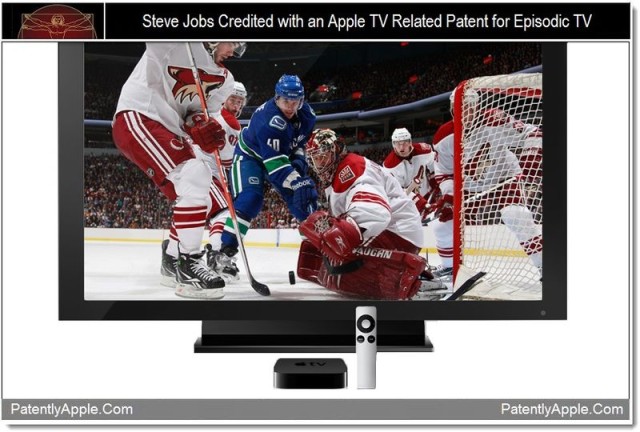 The patent appears to be a navigation and management system for episodic content from iTunes and television. The patent goes into detail stating that the system could:

“Correspond to television shows that have either been recorded from a broadcast or purchased from a content provider.”

That’s a new one, as Apple TV does not currently hold the ability to record television and the original patent filing happened in the third quarter of 2006. The idea that the ability may soon reside within the set top box isn’t completely out of the question however, as a 2011 patent granted to Apple Inc. states that:

“Media systems could also be used to connect a media environment to a video content provider, such as a cable service provider.”

Jobs’ immediate legacy has been widely reported as lying within the world of television and is best summed up in a now famous quote from authorized biographer Walter Isaacson in a Washington Post piece saying that when speaking with Jobs about Apple’s vision for the television set, the former Apple CEO remarked:

“No longer would users have to fiddle with complex remotes for DVD players and cable channels. It will have the simplest user interface you could imagine. I finally cracked it.”

It seems fairly clear that the next Apple revolution will be in television. Do you see an “iTV” being as groundbreaking a device as the iPad or iPhone?