Next iPhone May Have A Camera With Multiple Focus Zones

In another Apple patent application, plans show that future iOS device cameras may allow users to select two or more areas on an image to focus or apply settings on.

As noted in the patent document, the patent was originally applied for in 2010 and describes the ability for a user to tap-to-focus an area on the iPhone camera. If this sounds familiar, it should as the iPhone 4 and iPhone 4S both have the tap-to-focus function.

The patent then further details a new function where users can create multiple zones of focus. In other words, users could select to focus on a specific area of a camera image and have the camera stay with that image whether it moves or the user moves.

In another implementation of the function, users could select areas of a camera image to configure settings for, such as aperture or exposure for photos and videos. For example, one area of the image may have a specific exposure setting that may not be present in another area of the image.

One of the primary new features in the iPhone 4S was its upgraded camera and advanced optics. With patent applications such as the one detailed above, we could see even more advanced camera systems in future iPhones and iPads. 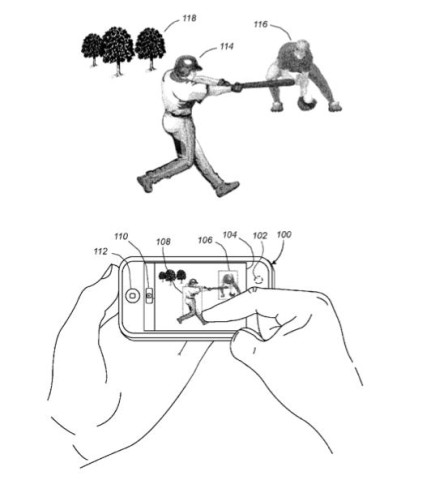 [via US Patent & Trademark Office]