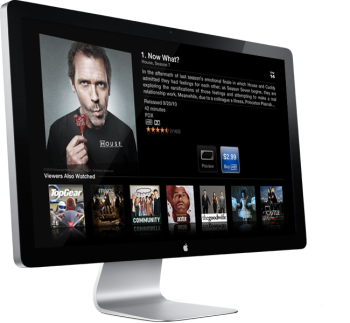 When it was revealed that Jobs declared he’d “finally cracked” the secret to building an easy-to-use television set, and said it would have “the simplest user interface you could imagine”, many commentators assumed that he was referring to Apple’s plans to build a full-fledged television. But, according to Nick Bilton over at the New York Times, he was actually referring to Apple’s new artificial intelligent software, Siri.

According to Bilton’s sources, Apple engineers and designers have been struggling for years to find a new interface for the television. One of the biggest hurdles has been replacing the awkward remote control. They reportedly tried using iOS devices as a remotes, and even hand gestures. None of these concepts worked is a satisfying way. But then there was the “I finally cracked it” moment, when Apple realized you could just talk to your television.

Rather than fumble with several remotes, you simply talk: “Put on the next episode of the Wire”; “Play some some early Dylan”; “What’s new this week?” Siri does the rest.

The article finishes by noting that Apple is close enough that an Apple TV could be released by 2013.