The announcement was made by Erik Schwiebert, Principal Software Engineer in the Apple Productivity Experiences group at Microsoft. 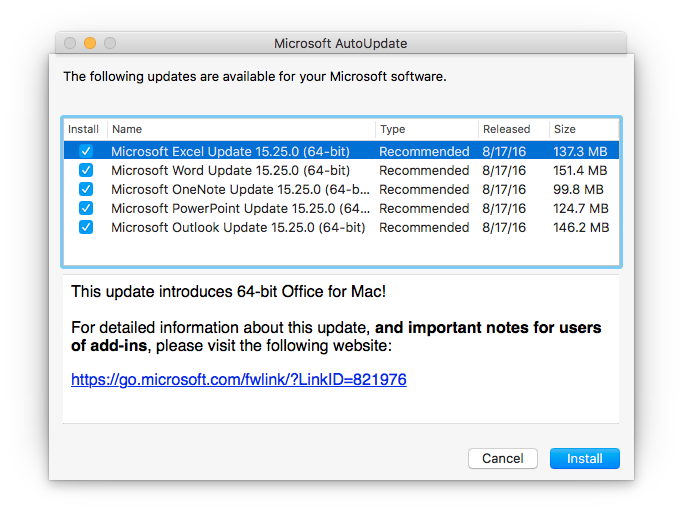 Apple has long encouraged developers to create 64-bit apps for performance benefits, and MS Office for Mac has finally caught up to speed.

Customers using Microsoft AutoUpdate (MAU) will see a ‘regular’ monthly update notification, to indicate the 64-bit builds have arrived. More information on how to upgrade to 64-bit can be found within the support document here.