Opera 40 Browser with Free VPN Launches for Mac and More 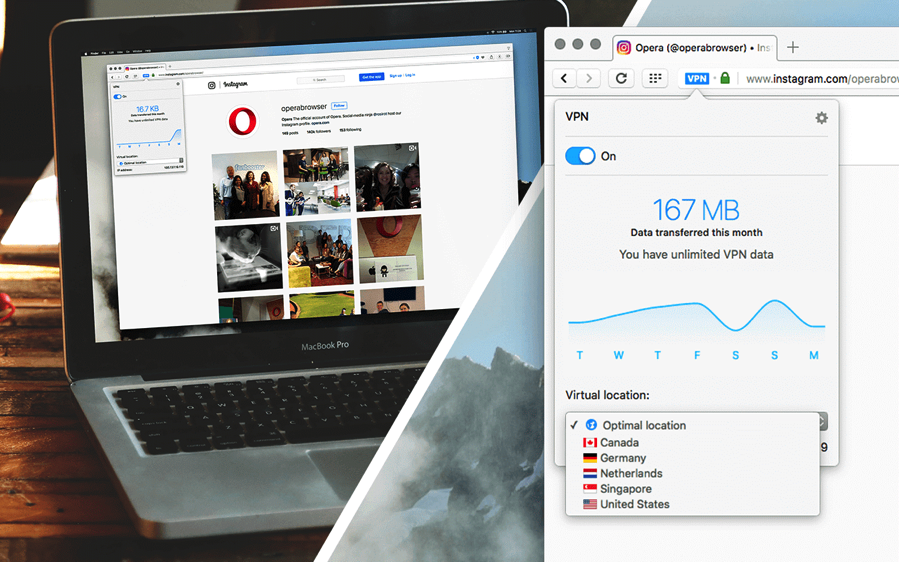 Once you download the browser, available for Mac, Windows, and Linux, here’s how you enable the free VPN:

Go to “Settings” (or “Preferences” on Mac), choose “Privacy & Security” and then toggle the free VPN. An icon labeled “VPN” will appear in the browser, from which you can toggle VPN on and off, and choose a location.

Of course, the first test we tried was Netflix to stream their U.S. library. The U.S. catalogue loads, but once you try to play content, it won’t work, as Netflix detects your proxy.

If you want a free VPN to make your web surfing anonymous, Opera’s built-in solution is pretty seamless and easy to use, allowing you to select from a handful of locations at the moment.

Opera launched a free VPN for iOS back in May, which worked to unblock U.S. Netflix initially, but that ended shortly.