‘Opera Next’ Browser Released for Mac and Windows Based on Chromium

Opera has released a new web browser for Mac and Windows users called Next, a completely redesigned and re-engineered version based on the Google’s Blink, an open source WebKit-based rendering engine, announced last month.

Opera for desktop has not only been redesigned; it’s also completely re-engineered under the hood. With the Chromium engine, users get a standards-compliant and high-performance browser. Opera’s Off-Road mode, previously called Opera Turbo, now supports SPDY protocol and enables loading webpages faster, even in the toughest of network conditions.

Opera Next is the new name given to its beta channel and updates will be released every couple of weeks. We downloaded Opera Next to quickly give it a test run and I am impressed with the speed and simplicity of this browser. 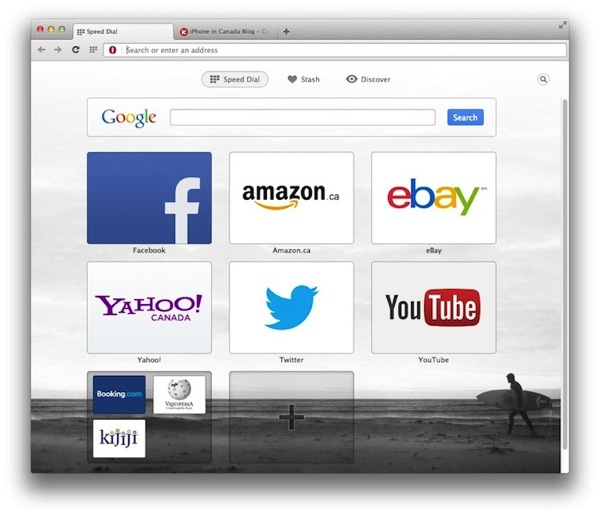 There is a shortcuts page called Speed Dial to hold your favourite bookmarks, Discover brings the latest news content, Stash is a resizable repository for saving web pages and the search bar is now an omnibox. Noting comments from Opera’s YouTube video and post about the separate release of Opera Next 15, some loyal users are upset about this latest update.