Parallels has brought back their annual Power Bundle sale, which means if you buy or upgrade to Parallels Desktop 11 for Mac, you’ll get 7 other top Mac apps for free, such as 1Password (worth $49.99). 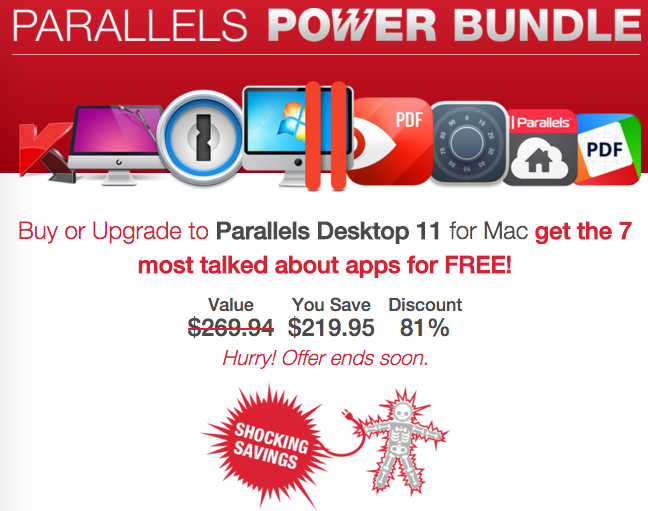 Here is what you’ll get with your purchase:

Click here to jump on the Parallels Power Bundle while it’s still available.