If you’re looking to try out a copy and paste manager, Tapbots has released Pastebot for Mac Beta, to let the public try out their app before its launch:

We have been wanting to do a full blown Pastebot for Mac long before we first released it on the iPhone. Paul wrote a fantastic little utility app called PTH Pasteboard Pro on the Mac which I had always wanted to rewrite as a Tapbots app, but we were just too busy with iOS. After the release of Tweetbot 2 for Mac, it only made sense to have Todd start on Pastebot for his next big project. So we are very excited to release Pastebot for Mac…as a public beta. 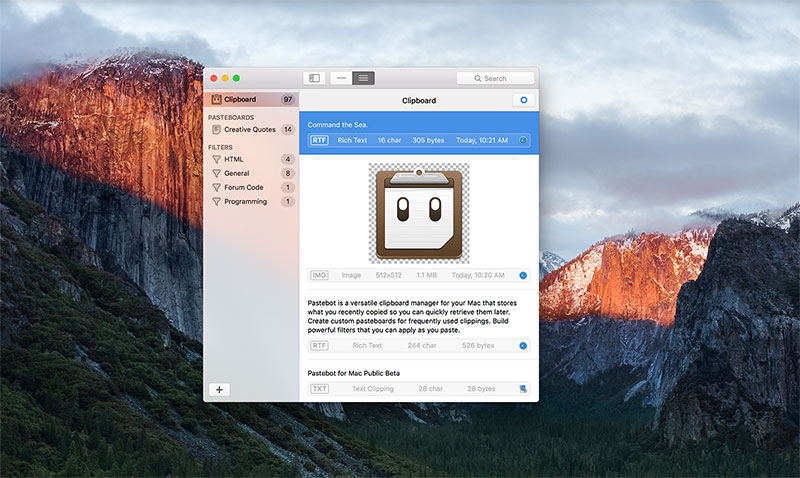 Right now, no sync is available across other Macs, as they plan to use CloudKit and currently that is not allowed outside of the Mac App Store in macOS Sierra, but once the app goes for sale, “various sync features” will be available.

Pastebot has no plans to return to iOS, but it could if Pastebot for Mac is “successful and highly requested” by customers. There’s no time frame on the beta, but the developers want people to try out Pastebot and provide feedback.

Compared to the Universal Clipboard feature in macOS Sierra, Pastebot has a history of your copies and has metadata and previews, plus filters, as its advantages, explain the developers.