Refurb 27″ Thunderbolt Displays Back in Stock for $799 on Apple.ca

Apple last week announced their 27-inch Thunderbolt Display was to be discontinued. The monitor, which dates back to 2011, is now in-stock within Apple.ca’s refurbished store, priced at $799, or 33% off its retail price of $1199 (save $400). 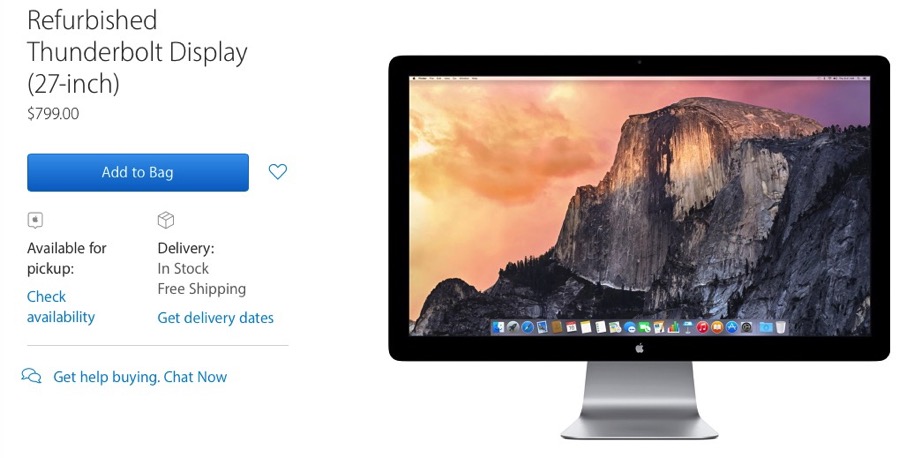 The 27-inch Thunderbolt Display is a fine monitor (we have one) and the refurbished price is not bad versus the full retail price. However, rumours cite Apple releasing a replacement possibly later this year, said to include a built-in GPU to help power a Retina resolution monitor.

So with this in mind, you may want to hold off buying one of these, but if you’ve been holding out for a refurb, now’s the time to get one while supplies last.

PS – there are a bunch of refurbished iPads in stock now too, including iPad Air 2 entry models for $419, along with iPad mini 2 and iPad mini 3.