Apple Refurbs: 27-inch Thunderbolt Display Back in Stock for $799

Apple.ca has just restocked the 27-inch Thunderbolt Display, available for $799. The popular monitor was discontinued back in June of last year and if you’ve been on the hunt for one, it appears there is still some stock lingering for refurbished sales. 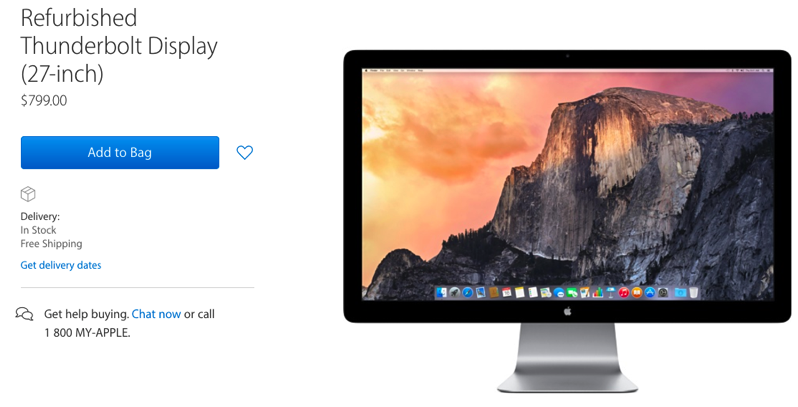 For those looking to get a Retina display, Apple does have their 27-inch LG UltraFine 5K for $1,274, and the 21-inch 4K display for $659. But those looking for legacy connectivity and don’t want #donglelife, the Thunderbolt remains a decent monitor made by Apple (we love ours).

These usually sell out quickly, so don’t hesitate if you’re thinking of getting one.