You Can Now Buy Apple Refurbished 16-inch MacBook Pros in Canada, Save $450 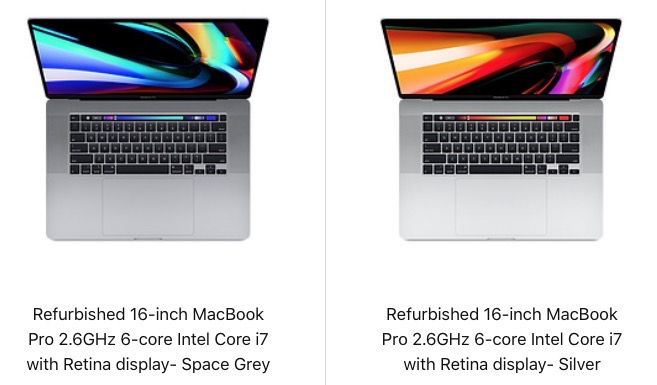 Apple Canada has started selling refurbished models of the company’s 16-inch MacBook Pro, which debuted back in November 2019.

Currently, there’s one 16-inch MacBook Pro configuration available, a 2.6GHz 6-core Intel Core i7 model with 16GB RAM and 512GB SSD, priced at $2,549 CAD, which Apple says saves you $450 off its regular retail price. Silver and Space Grey are available in this configuration.

Refurbished MacBooks from Apple include the standard one-year limited warranty, are covered by the 15-day returns policy and are eligible for AppleCare. Apple says “supplies are limited” for their refurbished products, which usually sell out.

Click here to jump on Apple’s refurbished 16-inch MacBook Pro while they are still available.