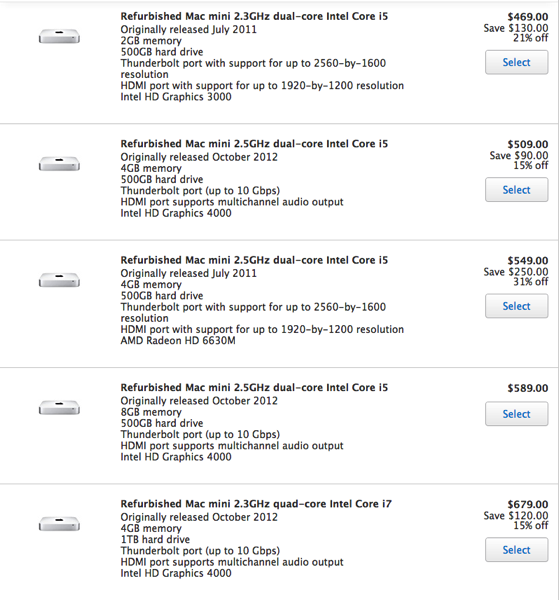 As Apple is also expected to announce Mac refreshes at its October 22 special event, more refurbished Macs should make their way into the store. The Mac minis would make a great system to hook up your big screen TV as an entertainment centre.

All Apple refurbished products are tested and certified and include a one year warranty. Let us know if you’re going to jump on any of these!