If you’ve been waiting for Apple’s new Mac Pro to hit the refurbished store in Canada, the time has come. Apple this morning listed a whole bunch of various Mac Pro configurations in its refurb store, with the lowest priced model starting at $2,629, which is 15% off, savings of only $470. 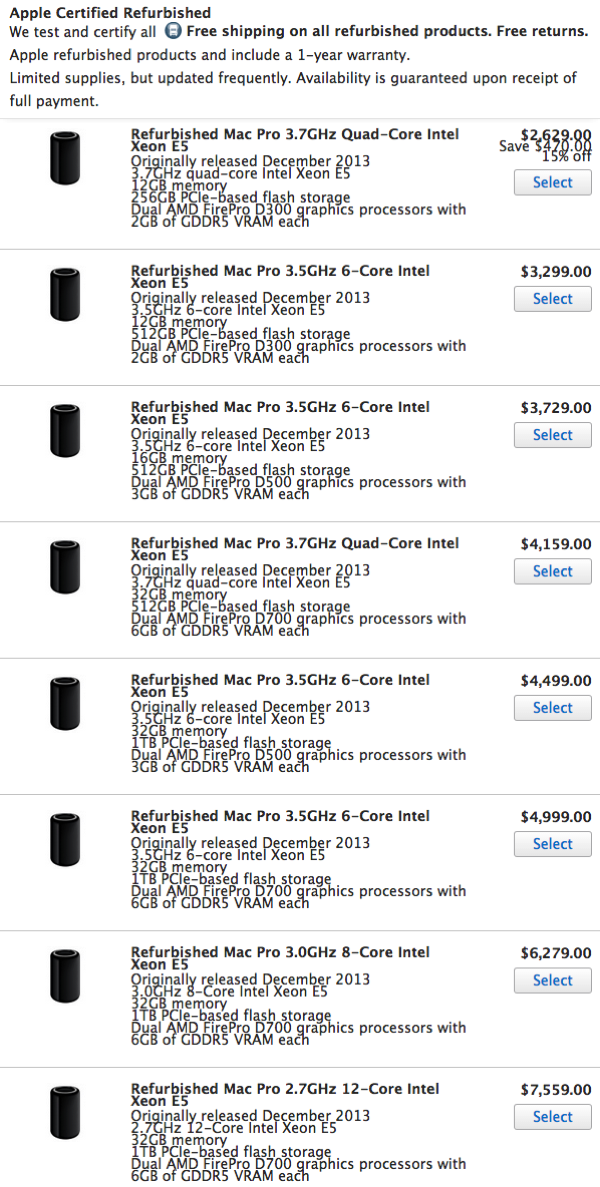 At the higher end, you can get a Mac Pro with a 2.7GHz 12-core Intel Xeon E5 model with 32GB of RAM and 1TB of memory for only $7,559. All refurbished models coming with free shipping and a one year limited warranty.

Let us know if you’re going to jump on these! I’m sure they’ll make great stocking stuffers.