This week Motorola and RIM submitted a new and compromise design for a nano-SIM card. The design is based on a concept earlier submitted by Apple.

The new design is similar to Apple’s original proposal, but with a new notch on one side to make space for what RIM calls a “push-push” mechanism.

The name comes from the function that pushing the card in will secure it and pushing it in again moves the card out. It’s very similar to the design of many microSD cards. Apple’s design used a tray to hold the card instead of a spring mechanism.

Apple has previously expressed its own concern to adding a notch, adding that it would increase the production time by shrinking the space for silicon. It will be interesting to see how the RIM/Motorola design will be viewed.

The European Telecommunications Standards Institute has a meeting scheduled on the nano-SIM standard for May 31, 2012. It’s expected that a decision on the design will be made at that time. 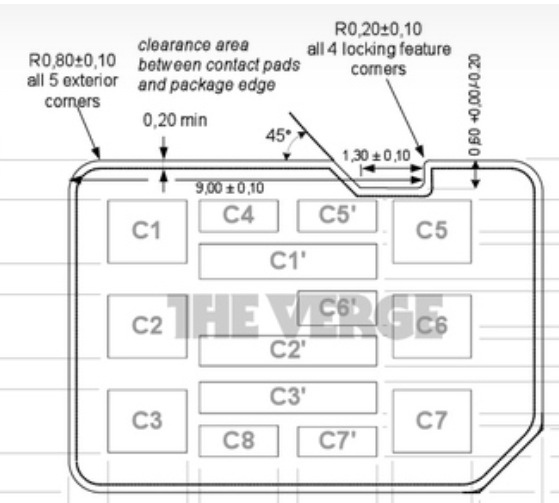