Samsung Display and Apple will part ways, but the profit generated by this long-term relationship doesn’t compensate for the stress that has been placed on of Apple’s supply-chain management structure. 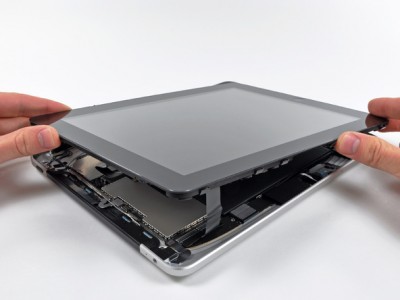 “We are unable to supply our flat screens to Apple with huge price discounts. Samsung has already cut our portion of shipments to Apple, and next year we will stop shipping displays,” said a senior Samsung source Monday, asking not to be named.

While Apple is moving toward new manufacturers (recent reports claim Apple is eyeing up Panasonic, who will exit the TV biz to focus on display manufacture), Amazon and Samsung Electronics handset division orders are increasing, which will likely compensate the loss incurred by ending the relationship with the Cupertino company.

The report states — based on DisplayMate’s report — that of the 30.3 million displays shipped to Apple by its supply chain, Samsung LCDs accounted for nearly 50%, with 15 million displays, followed by LG Display (12.5 million) and Sharp (2.8 million), during the first six months of this year.

But the second half of 2012 wasn’t that productive for Samsung Display in terms of iDevice displays. The company shipped less than 3 million LCDs, and this figure is expected to drop to 1.5 million by the end of the year, with 2013 meaning the end of this long-term relationship.

As the IHS Suppli iPhone 5 teardown reveals, the handset sports a 4-inch, in-cell display manufactured by Japan Display or LG Display, and there are as yet no reports about the upcoming iPad mini display. Considering that Samsung wants to make more money from its display business, and Apple has placed an order of about 10 million iPad minis, the probability of Samsung providing the display it equal to null, as confirmed by The Korea Times.