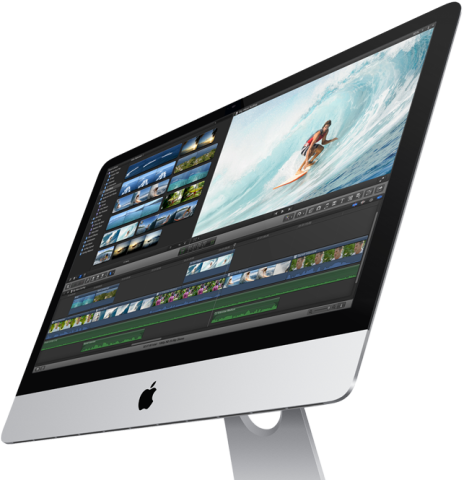 Waiting to purchase one of the brand new iMacs? You may need to rethink that idea, since the wait might be longer than anticipated.

Apple’s Phil Schiller delighted fans of the iMac line back at the keynote speech in October, by announcing the thinnest and most advanced model yet.

It soon came to light that this may have been a bit of a tease. During Apple’s quarterly earnings conference call, CEO Tim Cook stated there would be a “significant shortage” of the new Macs. No further detail was given about this at the time.

To further break the hearts of iMac enthusiasts, French language blog MacBidouille has stated it may be 2013 before they see the light of day. Citing a “commercial source”, they’ve claimed it will likely not be ready in time for the holiday shopping season.

So get that image of a new iMac under your X-mas tree out of your head! 🙁

Who’s to blame for this travesty? The answer is simple: a complex manufacturing process.

The new iMacs must use an advanced assembly technique called friction stir-welding. (Yeah, I’ve never heard of it either.) The technique uses extreme heat and pressure to “intermix the molecules of the two aluminum surfaces,” to create a seamless joint. Translation: it ain’t easy.

The new iMacs are a mere 5mm wide at the edges. Sounds awesome but that’s also part of the problem. In order to achieve this, Apple employs a screen lamination process that eliminates the 2mm gap between the display and the front glass present in current models. This precise manufacturing also adds to the difficulty level.

KGI analyst Ming-Chu Kuo reports that this process is especially challenging on the 27″ model of the new iMac, which in turn will cause supply constraints.

Keep in mind this news is just based on rumours at this point. The Apple Store still shows launch dates of November of December for the 21.5″ and 27″ models respectively.

So will this pessimistic rumour turn out to be true? As usual, only time will tell.