See How An Apple Branded Television Set Could Work [VIDEO]

Jeremy Allaire, the CEO of Brightcove, an leading online video hosting platform and online video player solution, believes that a core part of any Apple branded Television set project will be Airplay-enabled apps that allow iPhones and iPads to control and interact with the big screen HDTV, reports AllThingsD. Furthermore, Brightcove has announced today a free version of its App Cloud platform that lets developers build mobile apps painlessly, along with with an open source SDK to develop dual-screen applications. 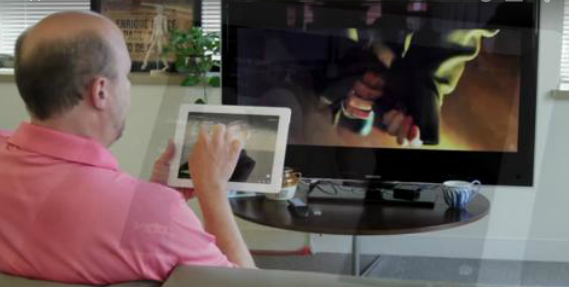 Detailing via The Verge:

“The mythical Apple television set that everyone talks about is already here,” said Jeremy Allaire, CEO of Brightcove, sipping an iced cappuccino with The Verge on a particularly hot New York morning. “Airplay is the trojan horse that has put connected TVs into every household with a iPhone or an iPad.”

“The stuff I have heard about recently, what they are working on with Airplay, just makes my head spin,” said David Pakman, a venture capitalist with Venrock, who previously joined Apple in 1991 and went on to co-create the Apple Music Group in 1995. “With Airplay, all the pieces of the puzzle are in place in a way that simply isn’t true for any other big tech company.”

Check out the App Cloud dual screen demo by Jeremy Allaire to get an idea of how an Apple TV set might work: