Since the release of the iPhone 4, there has been plenty of talk about some of it’s flaws from reception issues (I can’t seem to replicate it on mine)Â to the proximity sensor problem (which I haven’t experienced in the week since I got the phone). Then there are the complaints that the front glass isn’t as strong as Apple claims and that the back glass panel is also too fragile resulting in a reported higher accident claim rate.

But what if you wash your iPhone 4? 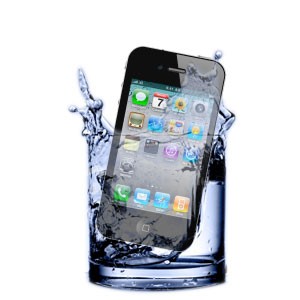 Yesterday as I was searching for a solution to a problem I discovered (more on that another day), I came across a thread on the Mac-Forums that surprised me; “Washed my iPhone 4 today“. The short of it is, this guy left his iPhone 4 in his shorts and his wife washed them in the laundry. Amazingly, after some careful drying the thing works flawlessly.Â Turns out the guy wasn’t alone. Another poster also put his iPhone through the laundry and details how he dried it out (in a much more specific manner including baking in low heat and storing in a Ziploc bag of rice).

Now I’m in no way suggesting that this is unique to the iPhone as I’m sure people have had similar success with other devices (I myself haven’tÂ washed a phone; usually just receipts and the odd USB stick). Also, this isn’t an invitation to be careless and leave your phone in your clothes to be washed by your wife/mom/maidÂ as you may not achieve similar success. However, the fact that these two (and others) were lucky to keep their iPhones operational after a spin is impressive.

Maybe the iPhone 4 isn’t so fragile afterall? Have you had similar success stories after a seemingly disasterous situation?