The Verge goes Hands-On with the New Mac Pro [PICS]

Yesterday, Apple announced the availablilty of its all-new Mac Pro, the first Apple product sporting a “Made in the USA” label, that went on sale in Canada today starting at $3,099 CAD. The folks over at The Verge have already got their hands on the new Mac Pro, and while they continue to explore the new device, here’s what they think, “There’s a lot to explore, but one thing’s for sure: there’s never been a computer quite like this before”. 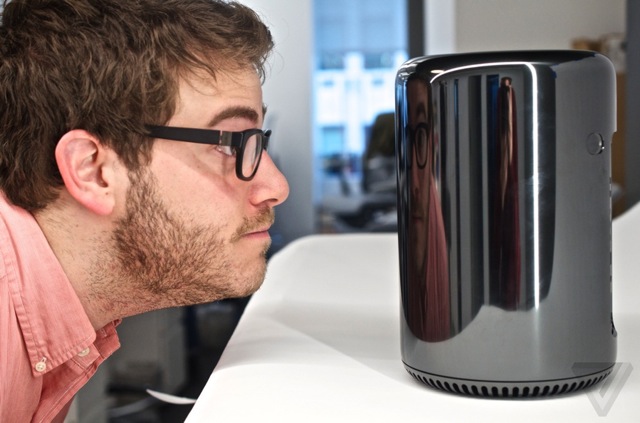 The source notes that the new Mac Pro cuts a striking figure, despite its relatively small stature. It’s also incredibly dense and far heavier than expected. “It’s beautiful, understated, and looks great on a desk next to the 4K Sharp monitor we’ve paired it with”, they say. The Mac Pro is said to be particularly good-looking with its case off, exposing the Mac Pro’s machinery, but the case is required for dissipating heat. In fact, you can’t even use the Mac Pro with the case off.

“All the device’s ports are on the back, bordered by a light that turns on and pulses when you spin the computer toward you. When you first turn it on, the fan kicks in, and smells a little like a new car at first. But we’ve been using it for a few minutes and it’s quiet and cool, with little indication that it’s even on in the first place. It’s so unassuming and unadorned that you almost overlook it — that’s a huge improvement from the big, boxy previous models.”

It seems the experts have only just begun using the new machine, and are already running tests and benchmarks on it. We’ll be sure to update you once we have the results. Till then, check out these gorgeous hands-on pics: 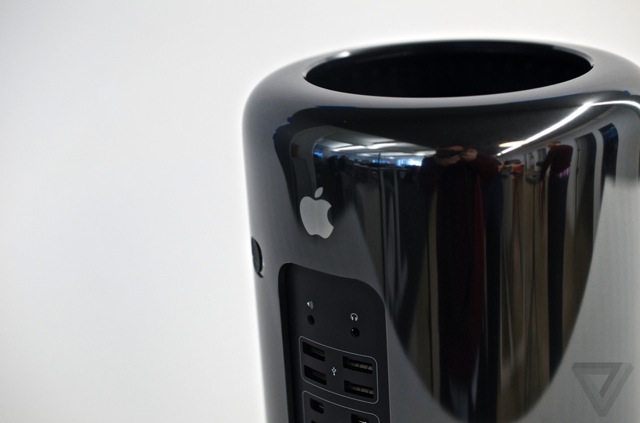 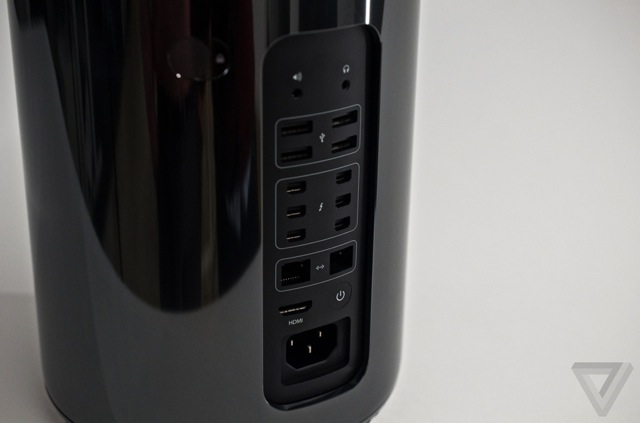 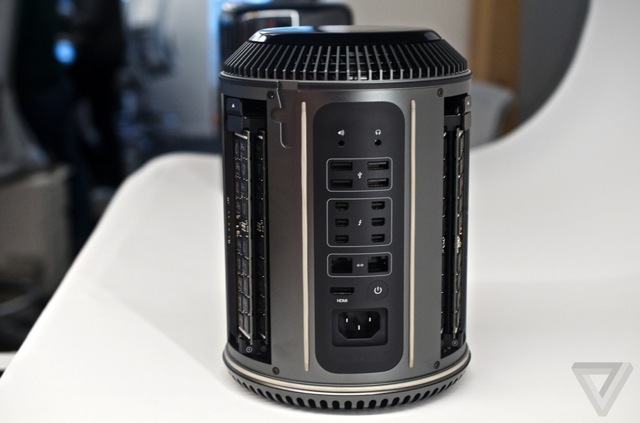 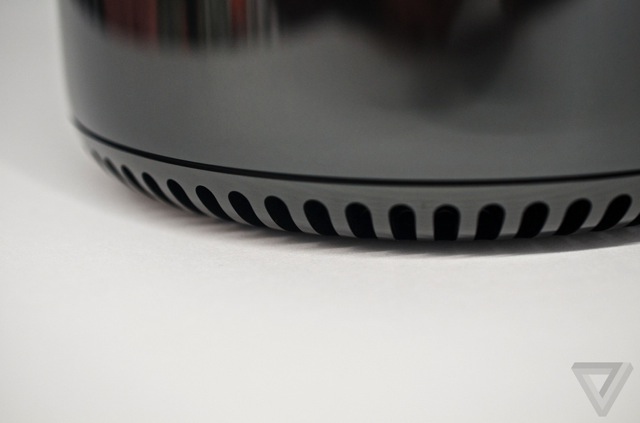 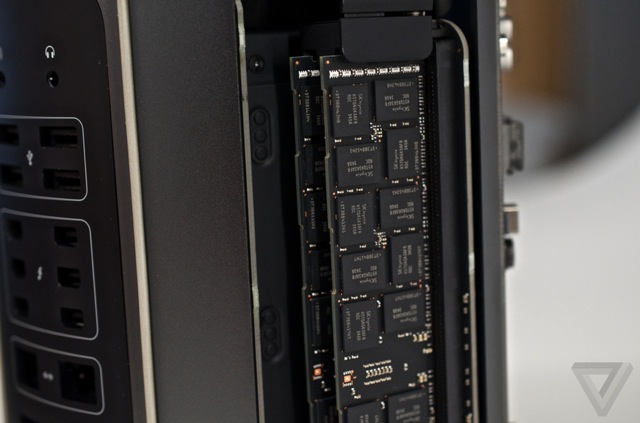