DigiTimes is reporting that Apple is expected to launch revamped 2012 MacBook Pro with a much thinner chassis as soon as April. The report only mentions 2012 MacBook Pro in 13-inch & 15-inch sizes while there is no word on the 17-inch version. The report also points out delays in mass availability of Intel‘s Ivy Bridge processors, suggesting that Apple could gain an advantage over its competitors looking to release ultrabooks, as Intel’s ultra-low voltage chips destined for those machines may not arrive until June. 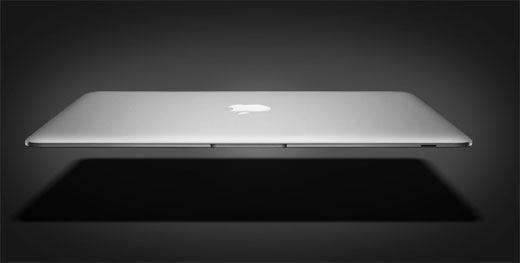 Apple is expected to launch new MacBook Pro notebooks with an even thinner and lighter design than existing models in April, at the soonest. When paired with the company’s upcoming Mountain Lion operating system as well as Apple’s MacBook Air models, the product lines are expected to create a significant threat against notebook players’ ultrabooks, according to sources from the upstream supply chain.

Apple is expected to launch upgraded 13- and 15-inch MacBook Pros in April with initial shipments estimated to reach 900,000 units.

When paired with Apple’s upcoming OS X Mountain Lion, the 2012 MacBook Pro lineup is expected to create a significant threat against major notebook players in the market.