TIME: Steve Jobs is One of the Top 20 “Most Influential Americans” 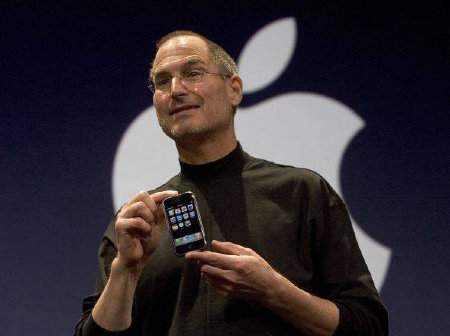 The late Apple leader has been named by TIME magazine as one of the top 20 “most influential Americans.”

The list contains “the trailblazers, visionaries, and cultural ambassadors who defined a nation.” Jobs is specifically referred to as the “high priest of the digital age.”

The list is ordered chronologically, with Jobs listed last (but certainly not least.)

The following passage is taken from TIME’s summary of the “digital visionary”:

Jobs was a visionary whose great genius was for design: he pushed and pushed to make the interface between computers and people elegant, simple and delightful. He always claimed his goal was to create products that were “insanely great.” Mission accomplished.

We here at iPhone in Canada certainly agree.

A surprising contributor to the article – Bill Gates – also gives homage to technology pioneers. But he is not speaking about iPods. Rather, he says this about the Wright brothers:

“The force of their obsession led them to develop, single-handedly, the technologies they needed to pursue their dream.”

Hmmm, anyone else wonder if Mr. Gates is perhaps slightly bitter about not appearing on the list?

The selection of Jobs is no surprise. After passing away last October of cancer, many likened his tech contributions to those of Thomas Edison. The inventor of the light bulb also shines on the list.

So what do you think – is Steve a worthy addition to the list?