Popular game-streaming platform Twitch officially launched its first desktop app on Thursday, allowing both Mac and Windows users to enjoy all the features of the existing web-based platform within a standalone native application. 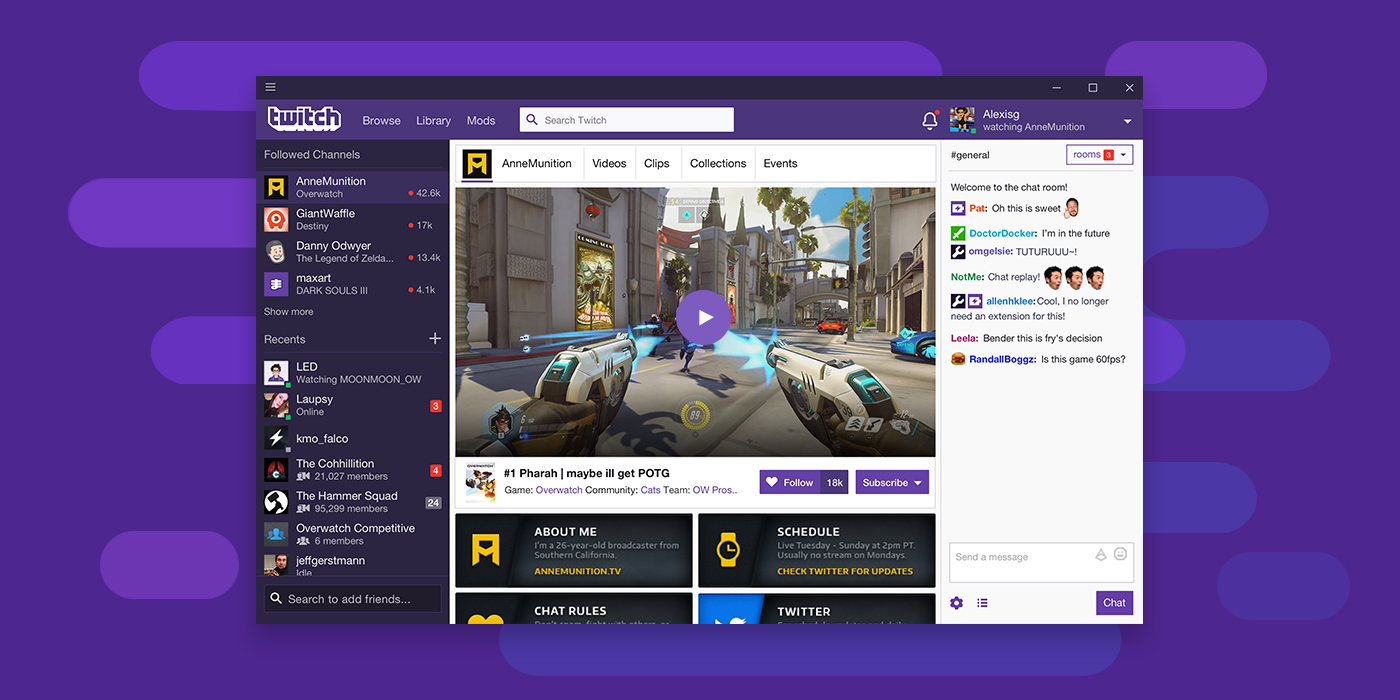 In a blog post yesterday, the company jotted down the specifics about its new app. Every function available on the web has made their way into the app, and surprisingly, the user interactions here are reportedly faster compared to its web counterpart.

Twitch’s overall look and feel better optimizes users’ ability to access different areas of the social stream service, from streaming to chat to clipping to bits and donations.

“Our fully armed and operational app gives you access to all the Twitch you know and love, plus a ton of exclusive tools,” Twitch’s Brian Petrocelli wrote in a Thursday blog post. “And of course, how could we forget… Twitch in DARK MODE.”

Likewise, it gives access to VODs, clips, live streams, and Twitch chat, just like you would have through browser viewing. Additionally, it doesn’t matter whether a user’s friends are on the Twitch Desktop App or using the Twitch platform in-browser, as community members are able to chat using both.

The app also acts as a game library for games purchased through Twitch. It’s available for download through the Twitch website right now.