This is THE cable that I have been waiting for Apple to release. Patently Apple has found a new patent granted to Apple that describes what seems to be a new 30-pin dock connector that supports both DisplayPort and USB 3.0.

Apple has been granted a powerful patent that packs quite the wallop. Somehow they snuck a secret patent application through the system for an all-new high speed connector that will combine at least USB 3.0 and DisplayPort. Although the patent illustrates an iPod as being one of the first to adopt this, the patent clarifies that it’s for all future Mac hardware as well.

For those wondering what the 30-pin dock connector is, look no further than your iPhone cable! This is the cable that Apple has used since the early iPod days and all its iOS devices. The connector is also seen on millions of Apple accessories, both first- and third-party.

The interesting factor with this patent is the use of USB 3.0, especially since Apple recently introduced the lightning fast Thunderbolt port on new its new MacBook Pros. So we could see iDevices syncing via Thunderbolt very soon! 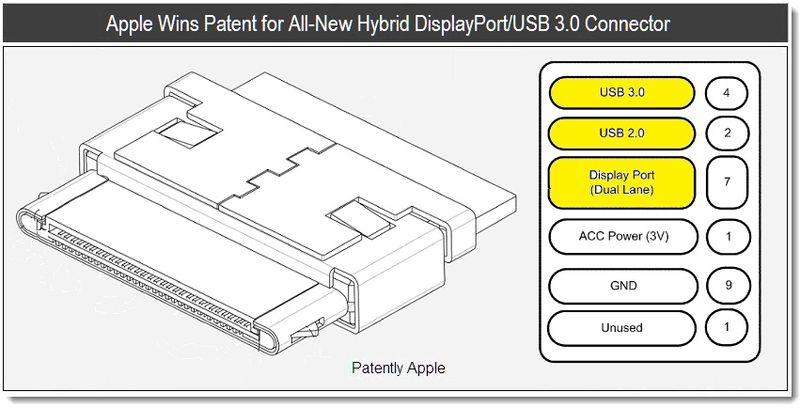