Xcode has received an update today to now include Swift for iOS, as announced by Apple’s Swift Language team on Twitter:

Swift for iOS is now in the Mac App Store! Just search for 'Xcode'. Swift for OS X development is in Xcode 6.1 beta: http://t.co/syPnzfQZlN

• Interface Builder renders your custom controls live in the design canvas
• Preview editor displays your UI in alternate sizes, orientations, and languages
• View debugging displays a 3D model of all view layers in your running app
• SpriteKit level editor lets you design complete scenes for your games
• Localization workflow imports & exports .XLIFF, and generates base strings from code
• Performance tests run on OS X Server 3.2 alert you when a code change impacts speed
• Instruments has a beautiful new interface that is easier to configure

* NOTE: Swift support for OS X is coming in a future Xcode update 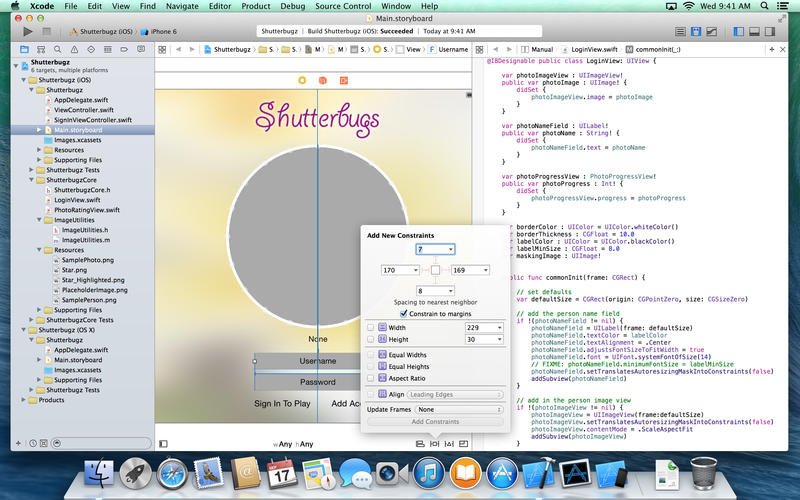 Swift is Apple’s new programming language for iOS and OS X, unveiled earlier this summer at WWDC 2014, with a goal in mind to make programming for Cocao and Cocoa Touch “interactive and fun” due to concise syntax, which will make apps “lightning-fast”.