An 11 Year Old May Have Been Allergic to his iPad 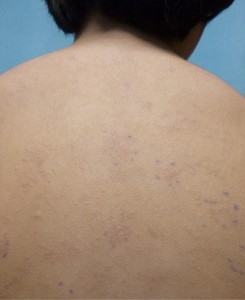 According to a report by The Washington Post, an 11 year old boy with an itchy rash may have been allergic to his own iPad, or the nickel it may have contained, as suggested by American Academy of Pediatrics today. The boy, who was treated at a San Diego hospital, had a history of skin issues, but a different rash developed all over his body that wouldn’t respond to typical treatment.

The source also claims that the doctors advised the boy to use the iPad Smart Case, which provides overall coverage of the iPad, as opposed to the Smart Cover, which only provides coverage of the screen. “When he did that, the rash significantly improved”. In routine, nickel rashes aren’t life-threatening, though they can be very uncomfortable sometimes.

It isn’t yet known if all iPad models and other Apple devices contain nickel or not. Also, the report doesn’t say which iPad model does the boy own.

Any thoughts on this one?