According to the latest Sensor Tower Store Intelligence data, over 13 million downloads of augmented reality apps built entirely using Apple’s ARKit framework have been observed in the first 6 months of ARKit’s release. The data also shows that these installs were led by Games, with share of ARKit-only game downloads growing substantially from 35% to 47%. 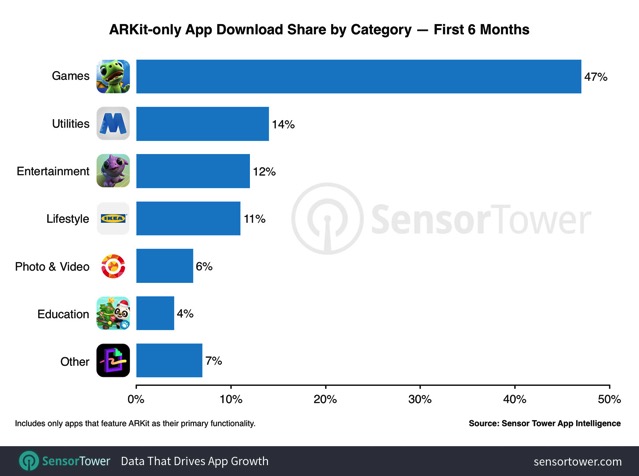 The chart shown above shows the top 10 rankings of the most downloaded free and paid ARKit-only apps and games, along with the highest grossing offerings so far. The share of downloads coming from second-place Utilities has decreased from 19% to 15%, whereas Lifestyle has more than doubled its share from 5% to 11% in the past half-year. 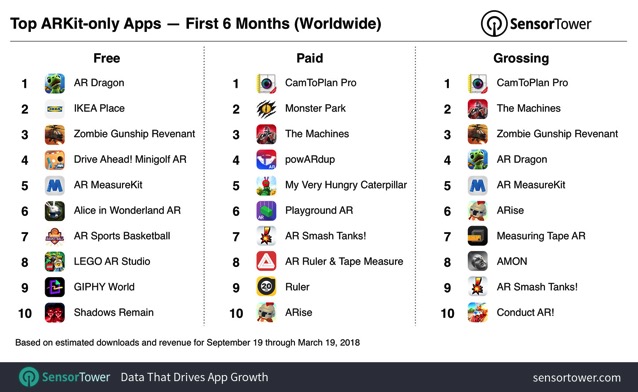 PlaySide Studios’ AR Dragon has lead the downloads among ARKit-only apps for the duration of the framework’s first six months of availability.

“From what we’ve seen in our latest analysis, ARKit-only apps only continue to grow in terms of installs and the number of experiences available to users. This isn’t including the numerous ARKit-compatible apps that have added some degree of AR functionality in the past six months and have pushed the number of AR apps on the App Store well beyond 2,000 to date.”

For more information on downloads and ARKit-only app rankings, check out the source page.

[caption id="attachment_382288" align="aligncenter" width="1920"] Image: @OnLeaks and @Smartprix[/caption] Samsung's upcoming flagship smartphone, the Galaxy S23 Ultra, has just leaked in high-resolution renders that reveal its design and more. The leaked renders come from Smartprix and known tipster @OnLeaks. Samsung is months away from actually unveiling the Galaxy S23 series, which is being developed under the...
Nehal Malik
10 mins ago