16 Smartphones That Were Deemed ‘iPhone Killers’ But Failed

An interesting list published at Yahoo! Tech highlights the 16 smartphones that were deemed as ‘iPhone Killers’ by various tech publications at the time of their launch, between 2008-2011 (via Daring Fireball). However, last year alone, Apple sold over 190 million iPhones, so one can safely say that the iPhone has not in fact been killed. 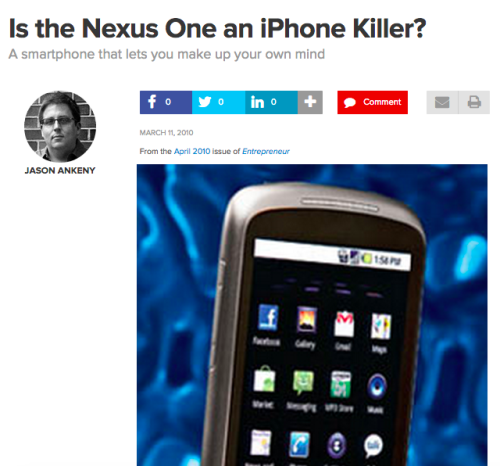 Hit up the source link to learn more about each one.