If you were wondering what’s inside this new 18W USB-C AC adapter, ChargerLab has posted their full teardown of the unit–which actually is from their 2018 iPad Pro:

On the bottom, it states the model number A1695, and the specification of the power input and output. There is also a serial number. The one we have is for China market. Physically it is compatible with US socket plugs. 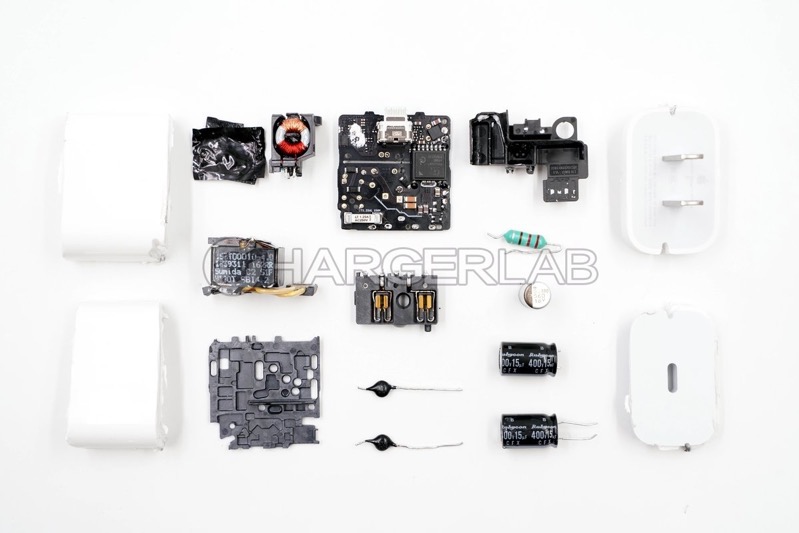 According to ChargerLab, this new Apple 18W USB-C charger “is the hardest to open among all Apple USB-C chargers we [tore] down before,” stating they “spent hours with hammer and rotary tools to finally cut it open.”

The USB-C socket itself is plastic, but it’s re-enforced by a metal frame for strength and durability. 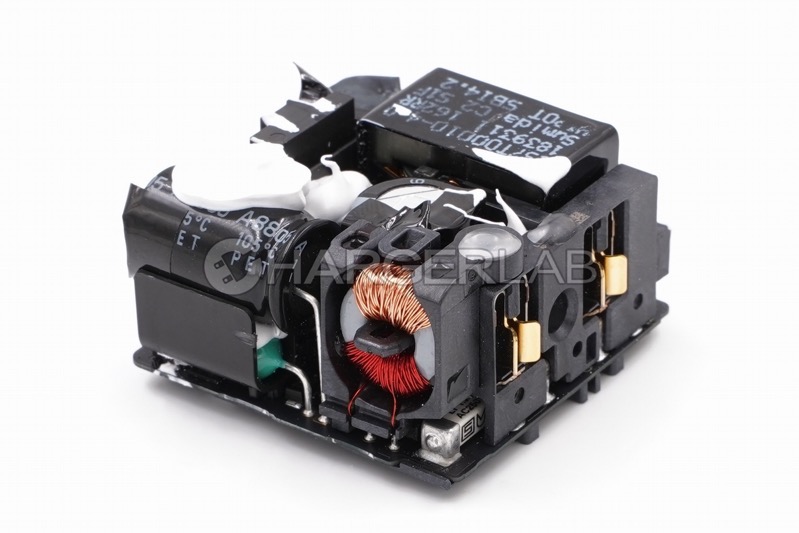 Inside, we see an extremely compact unit with a transformer from Sumida, along with a USB Power Delivery protocol controller chip—the Cypress CYPD313—apparently custom made for Apple.

Below are other components found within the USB-C AC adapter:

With limited space in its relatively small footprint, Apple’s USB-C power adapter is “very well designed and built,” explains ChargerLab, adding despite having limited space, the charger is efficiently constructed, with components scattered across the printed circuit board (PCB).

Previously, ChargerLab shared documentation revealing third party USB-C to Lightning cables are coming in early 2019, in a schedule that now appears to be sooner than originally expected.