1Password 8 for Mac has just been rolled out with an all-new design, faster performance, improved security, and next step productivity with updated workflows and deeper integrations with macOS. 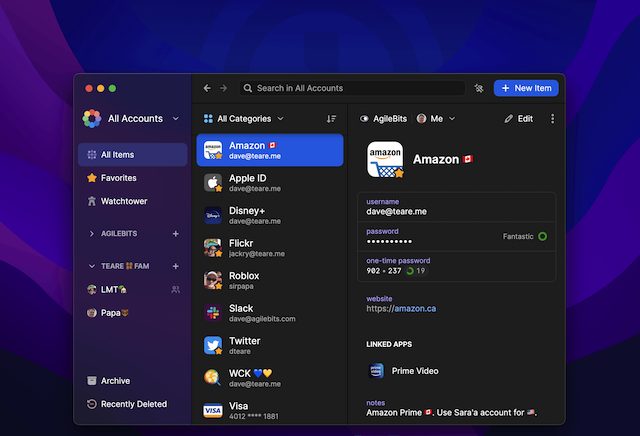 “1Password 8 integrates deeper and tighter with macOS than ever to bring you the most modern, productive, and secure version of 1Password yet,” note the developers.

1Password 8 also takes productivity to the next level with improved workflows and deeper integrations with macOS. It all starts with Quick Access, a floating panel that is always available, giving you access to all of your 1Password data.

The new Watchtower Dashboard also makes it super simple to get a pulse on your security and see where you need to improve. And the all-new Universal Autofill feature lets you fill anywhere on your Mac using ⌘\.