With so much of our lives stored online nowadays, there are times (which we don’t want to think about) when access to that data may be required by our friends and family during unfortunate circumstances. Agilebits has shared a sheet its users have created called 1Password Emergency Kit 3.0, for people fill out to drop into a safety deposit box for safekeeping:

The idea behind this user-created Emergency Kit is simple: we create a will and place sensitive items in safe deposit boxes in case something happens to us. But with so much of our lives these days depending on the internet, many of us want a way to make 1Password part of these plans.

The 4-page downloadable PDF was created by Productivityist reader and 1Password user Charles Hamons and was recently updated to include more options to put down useful info. 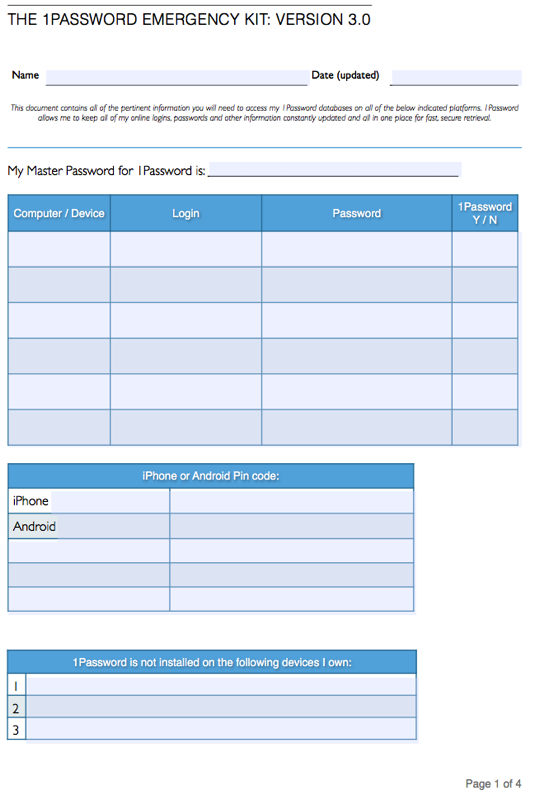 Again, we hope many of us won’t have to actually use this sheet but it’s good to have in the event something unfortunate does happen.