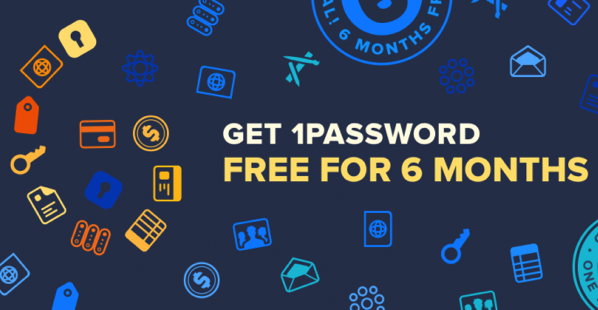 AgileBits has today introduced the most affordable way to purchase 1Password for all your devices, with the launch of a new subscription service that will get you 1Password apps for every platform, along with Pro Features, free updates, and free upgrades to every new version of the app, at just $2.99 a month. In addition to all these features, you also get the benefits of 1Password’s new state-of-the-art hosted service, which offers the following:

You can cancel your subscription at any time after which you will be able to view and export all your data.

To celebrate the launch, 1Password is offering you first 6 months for free. There’s no fine print and no strings attached. You don’t even need to add your credit card to get this amazing deal. All you need to do is sign up for an individual 1Password account before September 21st, 2016.

After signing up, existing users will be able to easily migrate their existing data over to their new 1Password account. Check out this guide along with a video that walks you through the process.