Original iPhone vs iPhone 7 in Water and Drop Tests: Who Wins? [VIDEO]

SquareTrade has posted a video showing the first generation iPhone from 2007 against the latest iPhone 7 in some drop tests and water tests, to celebrate the smartphone’s upcoming tenth anniversary. 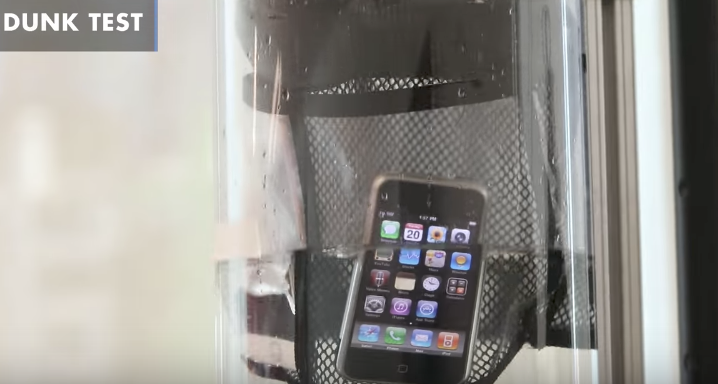 As you can already guess—the original iPhone fails the water test immediately, but of course the iPhone 7 functions just fine, since one its features is IP67 water resistance.

When it comes to the face down drop test, both iPhones crack on their first drop, unsurprisingly. SquareTrade asserts glass technology still needs improvement on the iPhone, and jokingly says “Maybe in another ten years?”:

Comparing Apples to Apples: SquareTrade Labs pits the original iPhone against the current iPhone 7 to see how each model holds up in a special iPhone 10-year anniversary Breakability test!

Last fall, SquareTrade performed torture tests on the iPhone 7 and iPhone 7 Plus, which you can check out here.

The worst part about the video is seeing the original iPhone get water damaged and also smashed. Ouch.