Canadians have, for the most part, maintained the trust in institutions that has eroded in other parts of the world, but their confidence in social media platforms has tanked. 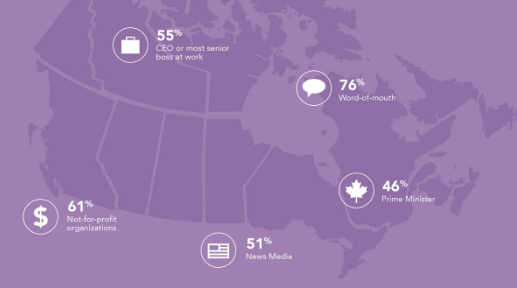 The annual CanTrust Index from the agency Proof, released Tuesday, found trust in Facebook dropped to 34% among Canadian consumers in 2018, down from 51% the previous year. Trust in the platform’s newsfeed fell for the second straight year to 18%, down from 31% in 2016.

Overall, Canadians’ trust in social media platforms sits at an all-time low of 22%.

“The past couple of years of global events and questions around the US election have really undermined confidence in Facebook, and we expect that it has probably fallen even further since this study,” said Proof CEO Bruce MacLellan, noting the survey was done before the platform’s recent privacy scandal. 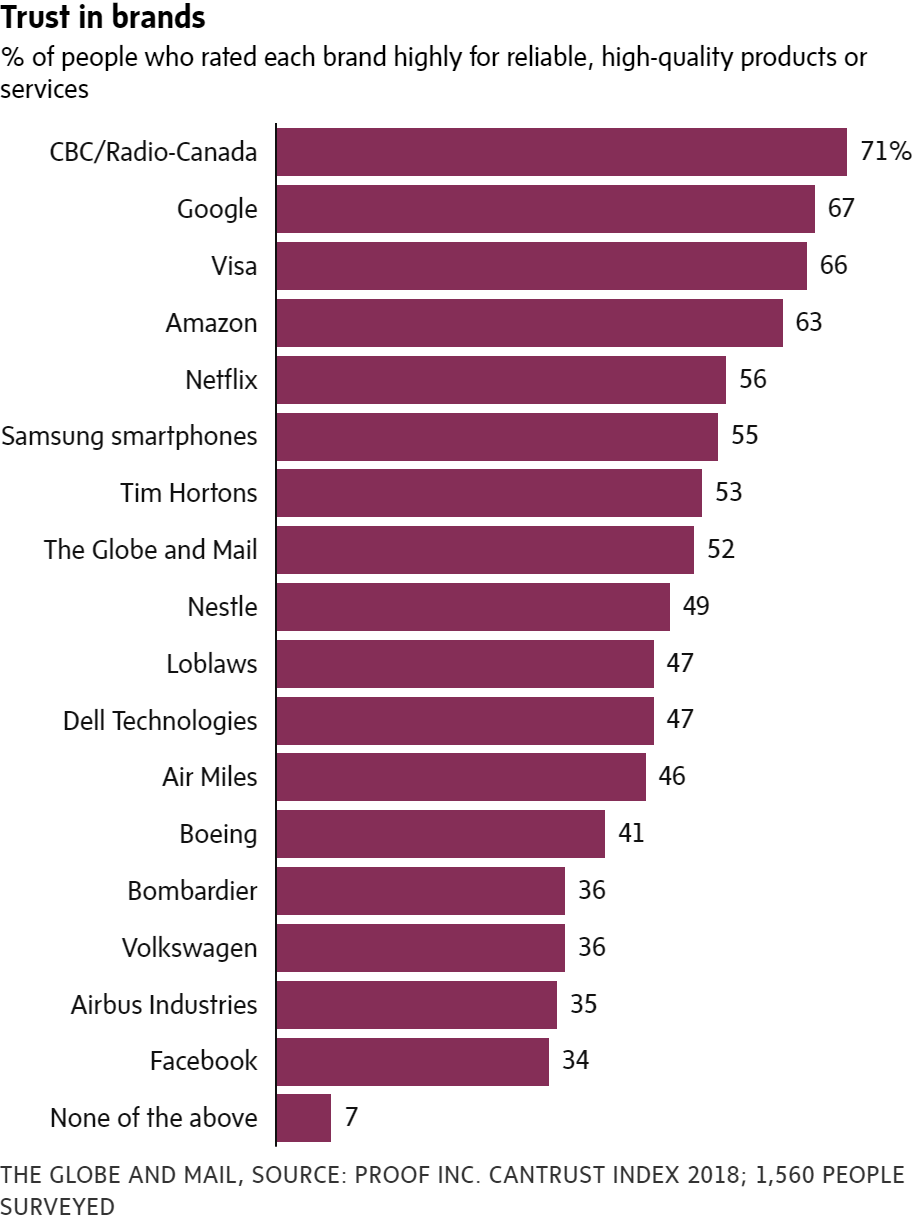 MacLellan said the findings, based on 1,560 Canadians 18 and older, are “not surprising. Facebook didn’t have a very good year and they made the cardinal error of not only having a crisis but badly managing a crisis.”

Interestingly, the study also found that Canadians have a significant mistrust of artificial intelligence, with only one in four saying it has a positive impact on Canada. Only 18% of Canadians over 50 said they trust the technology, with 33% for consumers aged 18-24 years old.

Canadians, however, have great confidence in their leaders, government, press, and big business, unlike citizens from other countries, such as the United States. 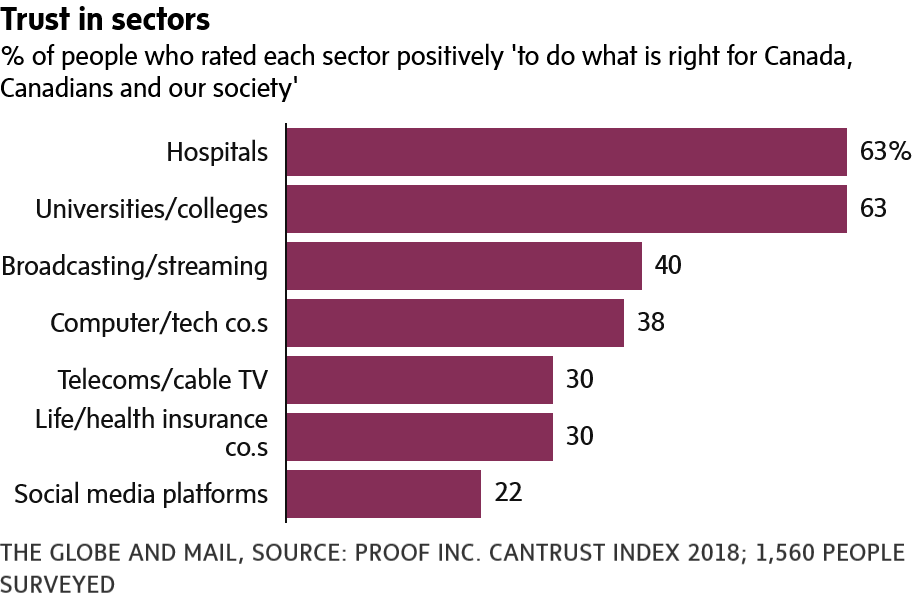 Overall, the not-for-profit sector continues to be the most trusted with 61% (up from 57% last year) of respondents approving. In second place in Canadian news media with 51% of respondents approving, the same as last year’s results. Small and medium sized businesses come in the third spot at 45%, up a bit from last year’s 41%. Governments rank fourth at 39%, the same result as both 2016 and 2017. Large corporations hold on to last place at 28%.

Check out the the poll’s results in their entirety here.