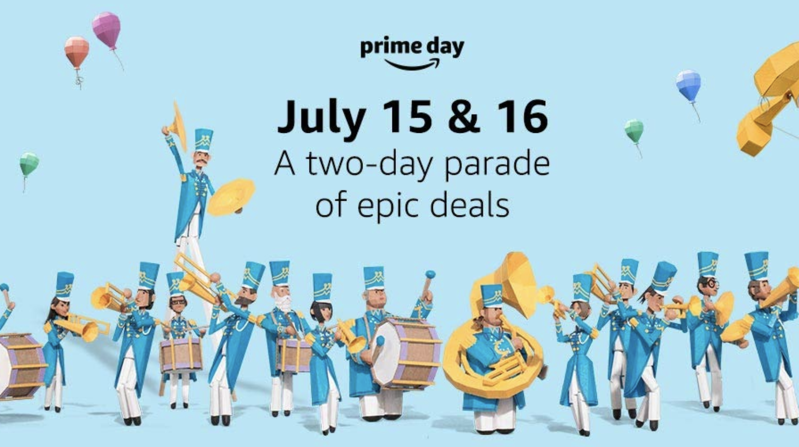 Amazon has announced its annual Prime Day shopping event will kick off at midnight PDT on Monday, July 15 and run for 48 hours into July 16, 2019.

Prime Day offers exclusive deals for Prime members, with Amazon noting this year’s event will be its longest ever and will have over 1 million deals around the world.

“Get ready, as we pull back the curtain to reveal exclusive products, special performances and two full days of phenomenal deals this Prime Day,” said Jeff Wilke, Amazon CEO Worldwide Consumer, in a press release.

Amazon says there will be new featured Lightning Deals this year with “jaw-dropping prices on top-tier brands,” to go with “some of the biggest Prime Day deals ever on Alexa-enabled devices.”

“Our vision is that Prime Day should be the absolute best time to be a member – when you can enjoy shopping, savings, entertainment and some of the best deals Prime members have ever seen. Stay tuned as we reveal exclusive savings at Whole Foods Market, thousands of new product launches, as well as world-class entertainment and more, leading up to Prime Day on July 15 and 16,” added Wilke.

Amazon Canada will be collaborating with First Book Canada, and will donate $1 for every qualifying book purchased by members as part of its Buy One Give One promo, offering $100,000 worth of books for school children for this fall’s back to school season.